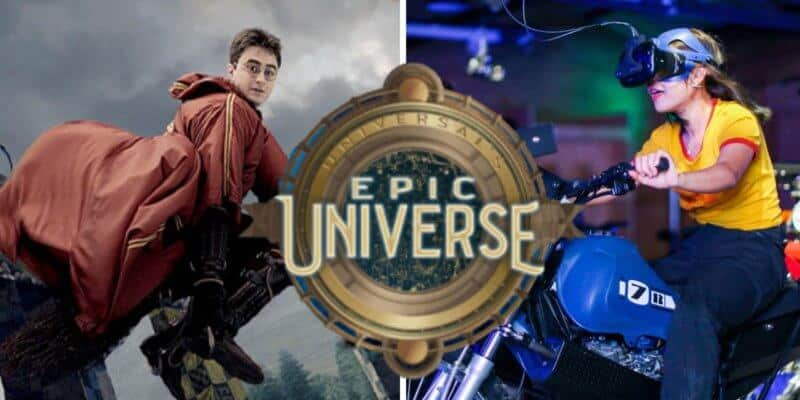 When talking about Universal Orlando’s future third gate, Epic Universe, it is tough to speculate what may be coming to the park considering the only confirmed land is Super Nintendo World. However, considering the success of the Harry Potter franchise in the Universal theme parks, as well as the multiple reports that Epic Universe will get its own Wizarding World, the likelihood of a new magical realm seems high.

Originally, the rumor for Epic Universe’s Wizarding World of Harry Potter was that it was going to be themed to the Fantastic Beasts section of the franchise. That being said, this reporter thinks that extending the original Harry Potter theming with hints of Fantastic Beasts is likely the direction Universal will take, solely due to the guaranteed success in terms of guest appreciation that all of their Harry Potter themed lands receive.

That being said, this means Epic Universe would need to see a new Harry Potter attraction. If you have ever ridden Harry Potter and the Escape from Gringotts, Harry Potter, and the Forbidden Journey, or Hagrid’s Motorbike Adventure, you have likely had your jaw hit the floor each time as Universals attraction technology is continuously unmatched. From combining dark rides with high thrill screen attractions to immersive storytelling coasters, all of the Harry Potter based rides are quite remarkable and are constantly pushing expectations higher for Universal.

Rumors have reported that the Wizarding World of Harry Potter at Epic Universe will have 2 attractions: 1 representing the British Ministry of Magic as we see in the Harry Potter films, and the other representing the French Ministry of Magic from Fantastic Beasts. Universal has recently released a new patent for what looks to possibly by a VR broomstick attraction for the Fantastic Beasts side of the land.

Originally, I thought that his patent could be for a How to Train Your Dragon attraction in the same park. The Dreamworks IP is rumored to also have a land in Epic Universe, and after seeing Universal Beijing’s giant Toothless animatronic, the idea of riding one on an attraction seemed like a perfect fit.

That being said, hopping on the back of a flying dinosaur creature, or a broomstick, will offer a similar straddled ride vehicle — so this patent could in theory be for either rumored attraction. But of course, today we look at the Harry Potter possibility of it all.

According to Park Stop, “The area’s second attraction, the one we think might be set within the French Ministry, is now rumored to have been designed as a Virtual Reality experience where guests would be able to pilot their very own flying broomstick. It would employ a VR headset, a motion base, and multiple types of interactive controls, to be used in combination to allow you to take off into the sky on your own Wizarding adventure.”

The attraction is reported to take on the same quality as a Twilight attraction that was developed in 2019 for Lionsgate Entertainment World The Twilight Saga: Midnight Ride — an attraction that moved through around 240 guests per hour. However, “it appears that the Epic Universe attraction could theoretically hold as much as 12 times as many riders! Also, unlike the Twilight ride, the Wizarding World’s version would place each rider into smaller loading zones, for a more personalized ride experience. The Epic Universe attraction is rumored to contain 6 preshow rooms, where groups of 24 guests would be fitted for the headset (minus the heavy VR elements). Then, riders would be split up and shown to their brooms inside of adjoining smaller rooms of 6 each.”

Personally, this sounds a lot like Disney World’s Avatar— Flight of Passage attraction considering, but taking it one step further through VR. The exciting thing about the rumored attraction, if it fits the model of the Twilight attraction, is that some control would be left up to the rider. You would be able to look around wherever you want and take the broom in any given direction you choose. It’s almost as if Universal is about to create a choose your own adventure game via an attraction. The re-rideability for an attraction like this would be huge.

The rumors also state that the attraction could have hand trackers that would allow guests to use their hands (and maybe wands?!) during the attraction, and is said to have motion sickness prevention technology. All of this is purely rumor at this point, but personally, I hope it comes to fruition. The possibility of having the power to control an E-ticket attraction is next-level for the Orlando theme park industry and would give the multiple endings on Disney’s Millennium Falcon: Smuggler’s Run attraction at Star Wars: Galaxy’s Edge a run for its money.

VR also allows participants to see others in the VR world around them, which could be extremely exciting and unique in the sense of an attraction if we were able to see the other riders in our room as well. That being said, Epic Universe is currently on pause due to Universal’s financial hardships, so only time will tell in terms of what attractions end up coming to the theme park, whenever it comes to fruition.

Do you think Universal should develop a new Wizarding World of Harry Potter area in Epic Universe? What do you think about this attraction?