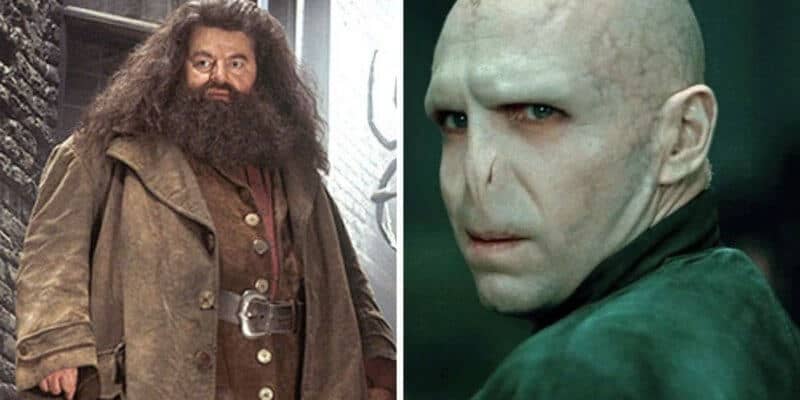 Credit: All Photos are Warner Bros.

Harry Potter fans are often passionate and knowledgeable when it comes to the Wizarding World created by British author J.K. Rowling. With so many people invested in paying attention to every little detail within the book and movie series, it is common for Harry Potter fans to come up with their own theories about different characters, magical creatures, and situations throughout the saga.

“I started a read-through of Harry Potter recently, and I was determined to pay close attention to Snape early on with interest to viewing his character through the lens of a double-agent. However, early on I noticed the strangest behavior coming from Hagrid instead which I had never noticed before. I started paying more attention to the actions, statements, and inconsistencies in Hagrid and realized almost every move taken somehow aided Voldemort,” wrote Hansen. “Is this what J.K. Rowling intended? Almost certainly not! Is this theory given entirely seriously? Definitely not. I still find it to be intriguing given the amount of evidence which supports the conclusion that Hagrid is one of the top servants of Voldemort.”

Through his very long explanation, Hansen provides the reader with evidence of situations and interactions between Hagrid had other characters like Harry, Dumbledore, and many more throughout the series.

Throughout his post, Hansen lays out the evidence in chronological order as it is presented in the books in five points:

It is important to state that this theory created by Hansen is completely based on the books, and not the movies. The Harry Potter movie franchise is incredible and very magical, but the movies aren’t able to have complete character development and include every single detail that is outlined in the books.

If you are interested in reading the entire theory and figuring out your own conclusions regarding if Hagrid was, or wasn’t a Death Eater, you can view the entire Reddit post here.

Do you believe that Hagrid could have been on the Dark Lord’s side all along? Let us know in the comments below.