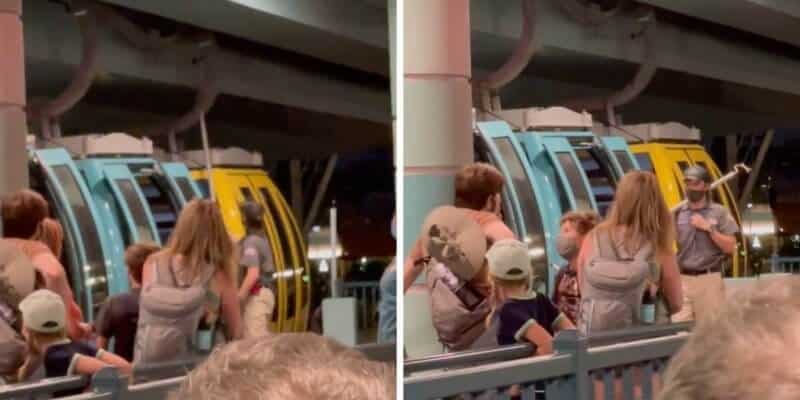 Additionally, in April the Skyliner experienced some complications, though the reason for the pause in operations was not announced. And just last month, the Skyliner crashed once again in the loading dock at Disney’s Hollywood Studios.

Now, another Skyliner incident is being reported.

@thecalibae look who crashed for a hot second

Within the video, you can see a Disney Cast Member utilizing a tool to attempt to fix the mode of transportation as the Skyliner was not moving. At this time, we are unsure if the Skyliner actually crashed or if the doors on one of the gondolas were malfunctioning.

Inside the Magic will update you as we get information surrounding the Disney Skyliner. At this time, there have been no reports of downtime this morning and so it seems as though the Skyliner is operating as normal.

Guests can board Disney’s Skyliner — a complementary mode of transportation — and glide past one-of-a-kind views of waterways, woodlands, and two Walt Disney World theme parks — Disney’s Hollywood Studios and EPCOT. The Skyliner transposition is in constant motion, which means Guests arrive at their destination within minutes! Relax along the way, take in the views, and you will be there before you know it.

Have you ever utilized the Disney Skyliner? Let us know in the comments below.