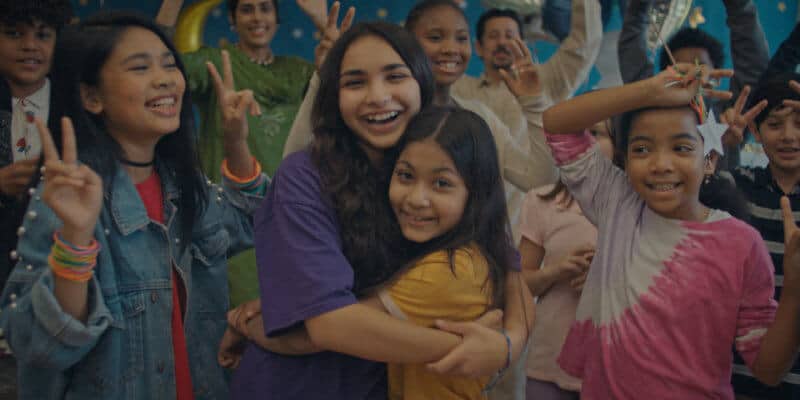 Audiences of all ages have a lot of magic to look forward to this year on Disney+. Disney’s prioritization of streaming has led to more and more content being added to the platform each and every month, and subscribers are certainly excited about it. But although the company continues to add past favorites to Disney+, they are also showing a commitment to diversity and bringing unique, important stories to the streaming service.

Disney’s Launchpad is proof of the company’s efforts to showcase meaningful stories in a format that can be enjoyed by all audiences — family, friendly short films.

Related: Everything Coming to Disney+ in May

Streaming on Disney +starting May 28, Disney’s Launchpad is “a collection of live-action shorts from a new generation of diverse storytellers.” Out of over 1,100 applicants, six filmmakers were selected to the program and given the opportunity to be mentored by members of Walt Disney Studios Motion Pictures Production, Walt Disney Animation Studios, Disney+, Lucasfilm, Marvel Studios, and Pixar, as they worked to tell stories about “what it means to be seen.”

During the virtual press conference for Launchpad — which will be getting even more seasons and welcome even more storytellers to Disney — Senior Manager Phillip Yaw Domfeh shared what he hopes audiences will get out of the series.

“I think when you watch this collection of films, there’s so much beauty and life affirmation. Not to the expense of telling the truth exploring tough themes being true and honest and recognizing your pain [in] moments where you haven’t felt like you belonged or understood. The way that they just so nimbly navigated all of that as storytellers is just something that I hope will lead to discoveries for our audience members,” Domfeh said.

The first season of Launchpad explores six very different stories based on the theme “Discover.” Each of the filmmakers interpreted that theme in their own way through their films, which are:

Ameena, a Muslim Pakistani immigrant, wakes up on Eid to find out that she has to go to school. Homesick and heartbroken, she goes on a mission to make Eid a public-school holiday, and in the process reconnects with her older sister and embraces her new home, while her new home embraces her.

Dinner Is Served, co-written and directed by Hao Zheng

A Chinese student at an elite U.S. boarding school realizes excellence is not enough when he tries out for a leadership position no international student has ever applied for.

Val Garcia, a Mexican American teen who is half human/half vampire, has had to keep her identity a secret from both worlds. But when her human best friend shows up at her monsterinfested school, she has to confront her truth, her identity and herself.

The Last of the Chupacabras, written and directed by Jessica Mendez Siqueiros

In a world where culture has nearly ceased to exist, one lone Mexican American struggling to carry on her traditions unknowingly summons a dark and ancient creature to protect her.


Let’s Be Tigers, written and directed by Stefanie Abel Horowitz

Avalon’s not ready to process the loss of her mother, but when she’s put in charge of a 4-year-old for one night, she finds more comfort than she ever could have expected.

The Little Prince(ss), written and directed by Moxie Peng

When Gabriel, a 7-year-old Chinese kid who loves ballet, becomes friends with Rob, another Chinese kid from school, Rob’s dad getssuspicious about Gabriel’sfeminine behavior and decides to intervene.

Mahin Ibrahim, Director of Disney’s Diversity & Inclusion, Market, who oversees the Launchpad program, said in a press release, “This first group of shorts by these six gifted filmmakers took our breath away. They are moving, provocative and entertaining, and they each convey a unique perspective on living in America today and the things you learn about yourself and others when you follow your own path. I am excited to share them with you, and I look forward to welcoming a new group of filmmakers from underrepresented backgrounds for our next season of Disney’s Launchpad.”

Additionally, each of the films premiering this week was produced during the pandemic. These filmmakers were working to tell important stories and given the opportunity of a lifetime to work with Disney, so the fact that their projects were completed during the pandemic makes these films even more inspiring than they already were.

Related: Disney Commits to “Creators of Color” With Onyx Collective

From a Muslim Pakistani immigrant girl petitioning to make Eid a public-school holiday, to a Mexican American teenager (who also happens to be half human, half vampire) wrestling with her identity, to a 7-year-old Chinese kid who loves ballet but faces disapproval, the stories told in Launchpad are diverse, interesting, beautiful, and, to many, incredibly relatable. But most importantly, as the filmmakers shared, they are stories worth telling.

Launchpad Season One premieres on Disney+ on Friday, May 28.

Comments Off on Disney Prioritizes Diversity With New Additions to Disney+