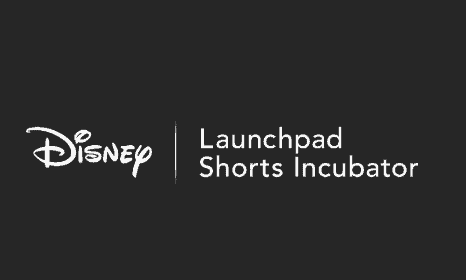 If you’ve always wanted to work on Disney movies, here’s your chance. Disney just launched a new initiative calling for diverse filmmakers to create short films for Disney+, so creatives from many different backgrounds can have the opportunity to make magic for Disney’s new streaming service.

In this new initiative, called Disney Launchpad: Shorts Incubator, six filmmakers will be selected to create their own short films for Disney+. Over a seven-month program, they will work closely alongside Disney mentors to script, develop, and create original work. The goal of the program is to find directors of diverse backgrounds that are traditionally underrepresented in the film industry. Through Launchpad, Disney aims to help these diverse directors get their foot in the door into the film studio system.

“We get to see directors’ work, work with a director who has probably not gotten into the studio system, have new voices in our ecosystem, and quite frankly get an amazing piece of content out of the process as well,” said Julie Ann Crommett, vice president of multicultural engagement at Walt Disney Studios. She continued, “Our goal is that this incubator is not one and done, the filmmaker is able to make the short film with us and then progress to the next stage of their career within the larger Walt Disney ecosystem.”

Here’s a little more information about the program, courtesy of Disney:

With a focus on building a more inclusive entertainment industry, Walt Disney Pictures is looking for experienced directors from underrepresented backgrounds with diverse and varied perspectives, including but certainly not limited to women, people of color, the LGBTQ community, various religious groups, military veterans, people with disabilities and others, to produce a short in the Disney Launchpad: Shorts Incubator program.

Inspired by life’s journey, the shorts should be based on the theme of “discover.” In the Launchpad, the director(s) of each project will be paired with Disney creative executives who will serve as mentors. Select shorts will have the opportunity to live on Disney+ and may be considered for further development for long-form or episodic motion pictures, based on the short’s quality, performance on the platform, future arc, and other factors, though future development is not guaranteed.

If you’re interested in pitching an idea for the Launchpad program, here’s what you need to know. The program launched on Monday and will be accepting short film pitches until July 2 at 12 p.m. PT. Disney’s Launchpad is open to filmmakers who have made at least one piece of scripted, live-action narrative work that is at least five minutes long in the past eight years. Disney is looking for original ideas, not adaptations, biopics, or stories based on existing Disney intellectual property. Crommett noted that Disney is looking for hopeful, diverse directors to pitch ideas that will lead to “stories of all different experiences and ideas and even genres” that fit within the larger Disney brand.

For more information and to apply for Disney’s new Launchpad program, visit the official website here.

What do you think of Disney’s new diversity initiative? Let us know in the comments!