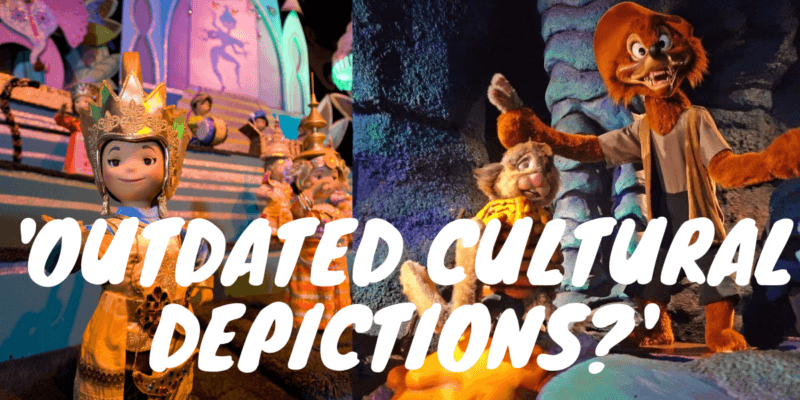 The Black Lives Matter movement has had a monumental impact on the way companies look at their content, both past, and present.

It has led brands, actors, and creators associated with Disney to speak out against racism, such as passionate protester and Star Wars star John Boyega as well as Disney-owned Marvel Studios and Lucasfilm which both released statements in support.

However, a pledge for diversity in movies is one thing, but a new rumor alleges that Disney has bigger plans; the creation of a Disney Diversity and Values Review Team.

First of all, this rumor hasn’t exactly come out of thin air. We’ve seen Disney theme parks come under scrutiny since the movement took off, most notably in the form of a viral petition to re-theme the Splash Mountain ride at Walt Disney World. As it is based on a film that nobody will argue is problematic in its portrayal of African-Americans, some Disney fans want to replace any trace of Song of the South, whether that be on Disney Plus or in the theme parks.

Hollywood and the entertainment industry, on the whole, are now looking to the past to see if any previous works are culturally dated and inappropriate. Just this week Gone with the Wind was removed from HBO Max, albeit with plans for it to return with additional warnings about cultural sensitivities;

“We felt that to keep this title up without an explanation and a denouncement of those depictions would be irresponsible”, said an HBO spokesman.

With Hollywood and each studio around the world reviewing its past, it isn’t out of the question to suggest that Disney might well do the same for its theme parks.

What would a Disney Diversity and Values Review team actually do?

We expect that if a Disney Diversity Review team did come into being, it’s primary purpose would be to ensure that the theme parks stay culturally relevant and appropriate. Disney has already pledged to tell diverse stories and hire diverse talent in its movies, so it stands to reason that updates to attractions that it considers to be out of touch with current moral sensibilities will be next.

Disney of course holds its human resources team to the same high standards and tries to hire cast members that represent a diverse workforce both on the screen and in the theme parks. The rumor suggests that Disney now feels that it needs to put its money where its mouth is and ensure that its Imagineering works to the same standards.

While all of this is mere hearsay, the rumor (from WDWmagic) suggests that the following Disney rides may come under scrutiny and undergo modifications:

Disney already has a Chief Diversity Officer, Latondra Newton. Whether this alleged team works directly under her or is a more globalized group remains to be seen. However, if the report is to be believed, this action comes straight from former CEO Bob Iger. When discussing Song of the South and whether it would release on Disney Plus in March, Iger said that the film contained ‘outdated cultural depictions’ and as such, would not be released. Could these same principles be applied to theme park rides around WDW and beyond?

While we’re sure that if the rumor is true, there will be some changes that Disney fans won’t be happy about, it’s good to see Disney taking the issues of our time seriously and ensuring that its theme parks are inclusive of everyone.

What do you think of this rumor? Will Disney really start a Diversity and Values review team? Let us know your thoughts in the comments below.