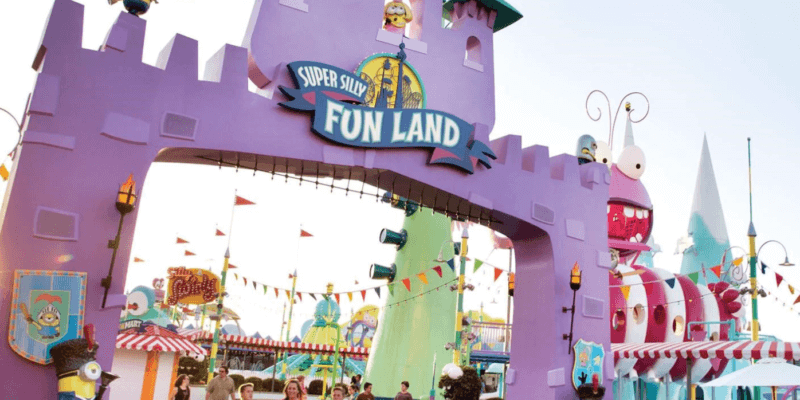 When Universal Studios Hollywood announced that it would be opening its gates to Guests after a year-long theme park closure, it came with one large caveat. The park would only be open to those Guests who live in California. That left many wondering, when would they be able to come back and visit sites like Hogsmeade and Springfield?

This week, news was released regarding an addendum to California Governor Gavin Newsom’s Blueprint for a Safer Economy. Now, the California Department of Public Health has shared that fully vaccinated travelers could come back into the state for certain events and activities that are otherwise limited to California residents only.

That revised plan begs the question, does going to Universal Hollywood count as an “event or activity” that would be allowed to welcome vaccinated out-of-state Guests?

“Amusement parks’ responsible reopening plans are guided by the state’s Blueprint for a Safer Economy which was recently updated with an addendum to Blueprint Activity & Business Tiers Chart. This addendum now allows fully vaccinated persons from out of state to visit or attend activities or events that were previously restricted to in-state visitors. As vaccinations become more widespread and state guidance evolves, individual parks may update their own responsible reopening plans in accordance with state and local public health regulations.”

This indicates that vaccinated out-of-state Guests can be allowed to visit Universal Studios Hollywood, should the park revise its plans. However, the theme park also released a statement with regard to California’s pandemic regulations.

“While visitation to our theme park is currently available to California residents only, we are assessing next steps to implement changes to previously released guidance and will share updated information when it becomes available.”

Disneyland Resort has also not yet indicated that they will allow out-of-state Guests at this time. Both theme parks are constantly reevaluating the COVID-19 situation in California with the guidance of state and local health officials, so these decisions could be changed at any time.

Unfortunately, that means that out-of-state Guests hoping to visit the Southern California Universal theme park will have to wait a little longer. Governor Newsom has previously stated that he would like the California economy completely opened back up by June, so that could be a marker for when theme parks like Universal Studios will begin to allow out-of-state Guests once more. However, until Universal Studios Hollywood indicates otherwise, only in-state visitors are allowed right now.

How do you feel about Universal’s decision to not allow out-of-state Guests? Let us know in the comments!