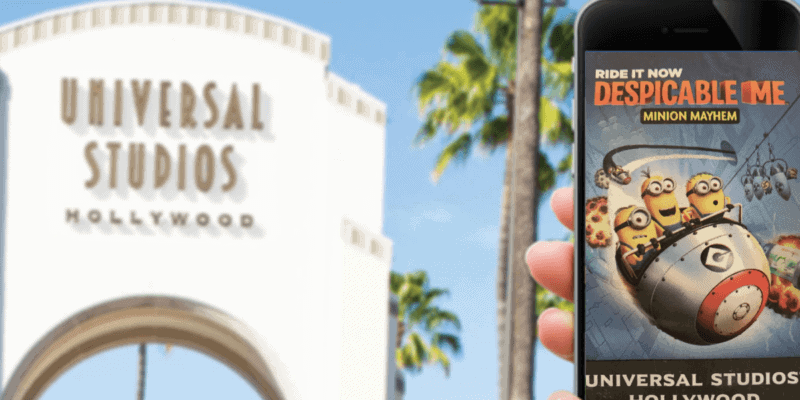 Universal Studios Hollywood has announced on Twitter that they will begin selling select Annual Passes and Season Passes again beginning tomorrow.  The Pass Member program had been put on pause when the park shut down because of the pandemic.

To all our current Pass Members, THANK YOU!

To the new Pass Members joining the fam tomorrow when select passes go on sale, welcome to the party!

To all our current Pass Members, THANK YOU!?

To the new Pass Members joining the fam tomorrow when select passes go on sale, welcome to the party!?

While they have not set an official time for the start of pass sales, they have assured fans that it will not be at midnight.

A time has not been specified, but rest assured it will not be at midnight. So enjoy a good night's sleep and we'll see you tomorrow morning when we'll make the announcement on our social channels.

Universal had originally announced on their site that tickets for things like the Pass Member Preview and Pass Member Bonus Days, as well as regular park tickets, would go on sale on April 5, and many Pass Members had attempted to reserve their theme park visits beginning at midnight.  However, there was a technical glitch that resulted in constant site crashes and Pass Members waiting hours, or until the next day, to be able to reserve their dates in the theme park.

It’s nice to see that since the problem has been cleared up and everyone has their tickets, Universal can rejoice along with fans who are excited about the theme park reopening.

Universal Studios fans were quick to show their excitement for the new Annual Pass release.

Kelly Short (@NavigatingJoy) let Universal know that she would be buying her daughter her first Universal pass.

Many other users told Universal that they loved them and thanked them for the opportunity and the magical experience that Universal offers their members.  They also made sure to say how much they loved the limited-time, hard-ticketed event, Taste of Universal.

Jason Hunter (@tinseltown85) shared his gratitude and showed love to the park.

Taste of universal was nothing short of the most amazing experience

Taste of universal was nothing short of the most amazing experience ??

Universal will officially open back up on April 15 for a Pass Member Preview day on April 15.  It will open to the public on April 16.  Tickets and reservations can be made by going to the Universal Studios Hollywood website.

Along with the new Pass offerings, Universal will also be giving Guests a chance to ride their newest attraction, The Secret Life of Pets: Off the Leash.

Universal’s Pass Members are receiving quite different treatment than Disneyland Annual Passholders.  In January, Disney announced that they would be canceling the annual pass program at Disneyland Resort and refunding those who had purchased Annual Passports.

Disney has since announced that Disneyland tickets will go on sale on April 15 to Guests who did not have a valid pass when the park closed.  Guests with valid tickets can make a park reservation on April 12, but Annual Passes do not count as valid tickets, so former Annual Passholders (now called Disneyland Legacy Passholders) do not have an advantage or early access to theme park tickets or reservations.

Will you be buying one of Universal’s new theme park passes?  Let us know below!

CLICK HERE to get started booking your Universal vacation!