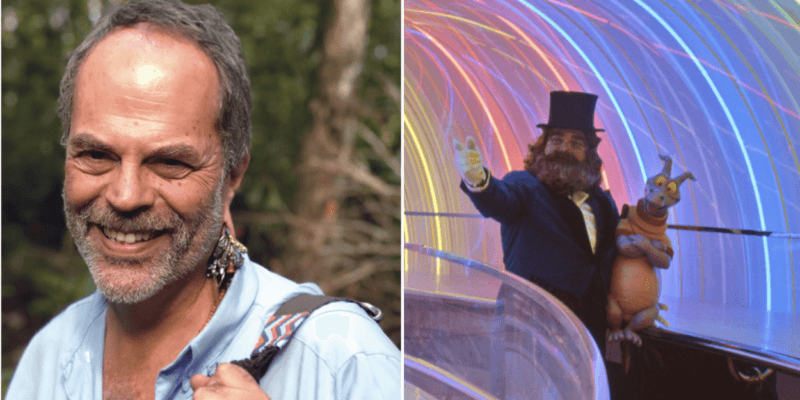 EPCOT’s Journey Into Imagination With Figment is a love-it-or-hate-it attraction among Walt Disney World Resort Guests. Some Disney Parks fans can’t get enough of the trippy ride that features the purple dragon, while others would prefer to stay far away from the ride.

No matter what you think about Journey Into Imagination, though, you probably love former Walt Disney Company Imagineer Joe Rohde.

The iconic Imagineer, who played a major role in developing both Disney’s Animal Kingdom theme park — yes, he had a hand in the yeti on Expedition Everest — and Aulani, a Disney Resort and Spa in Hawaii, retired from Disney in January 2021, but he’s still bantering with Disney fans and other Imagineers online.

And to think there was almost a preview film of the upcoming Journey into Imagination ride featuring Dreamfinder in the Magic Eye Theater before that. (dont remember if it was @Joe_Rohde or Ron Schneider @dreemfinder playing the role)

Rohde hilariously confirmed, “Oh…that’s me alright”. If you look very closely at this version of the Dreamfinder, the fact that it is Rohde playing the role is undeniable — and incredibly funny.

This seemingly long-lost video promoting the attraction may not be available to watch at Walt Disney World Resort, but thanks to the power of social media, this little-known piece of Disney Parks trivia has been confirmed straight from the source.

Prior to Rohde’s departure from Walt Disney Imagineering, he was heavily involved in the Disney Conservation Fund and was working on new Disney Cruise Line private island, Lighthouse Point. At this time, it is not known if work on the Lighthouse Point project will continue.

More on Journey Into Imagination

Another famous Imagineer, Tony Baxter, worked on Journey Into Imagination With Figment. He spoke out about the ride just last year, saying he would “come out of retirement” to retheme or renovate the attraction, which opened in June 2002.

What do you think about Joe Rohde’s hilarious portrayal of a Journey Into Imagination character? Would you like to see this ride rethemed?

Comments Off on Imagineer Joe Rohde Once Played an EPCOT Icon