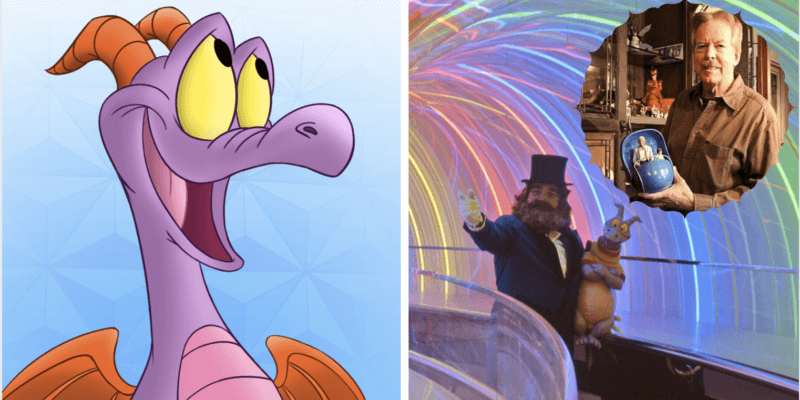 Disney Legend and Imagineer Tony Baxter spent his career working on some of Disney’s most iconic rides, including Splash Mountain and EPCOT’s Journey Into Imagination With Figment.

In a TEA@USC appearance last night, Baxter said he would come out of retirement to redo the iconic Disney World ride. Scott Gustin shared this Tweet about the statement (the YouTube video has since been deleted by the uploader):

Baxter talking about Journey Into Imagination With Figment:

"I just wish we would do the ride over. I would come back out of retirement to do that ride over.”https://t.co/fgfrrwvSDJ https://t.co/1IxwgyBxyA

The idea of the legendary Imagineer coming back to work isn’t totally out of the realm of possibility. It has been confirmed that Baxter will contribute to the Splash Mountain redesign, so he’s clearly still invested in the Disney Parks attractions he helped to create.

However, Gustin later noted that Baxter was simply saying he thinks it’s necessary for the Figment attraction to get a refurb. Gustin believes it’s nothing more than that.

Baxter’s comment (of course) is getting traction — but it’s the equivalent of someone saying “I would work for free” to make something happen. Baxter was simply saying he thinks a redo is necessary. It was certainly an interesting comment – but it’s really nothing more than that.

When the EPCOT theme park overhaul was announced at the 2019 D23 Expo, many Walt Disney World fans were hoping that a Figment refresh would be coming down the pipeline.

Journey Into Imagination With Figment has not, however, been mentioned in any official Walt Disney Company announcements regarding the EPCOT renovation.

At this time, the official description of the Future World ride reads:

Now, however, with Baxter’s admission that he would come out of retirement to work on transforming the outdated Journey Into Imagination With Figment for 21st-century EPCOT Guests, who knows what could happen in the post-pandemic future?

As with all things Disney, never say never about a Figment attraction redesign with Baxter at the helm!

What do you think about Tony Baxter coming out of retirement to redo the Figment ride with the Disney Imagineering department? Do you believe it could actually happen?