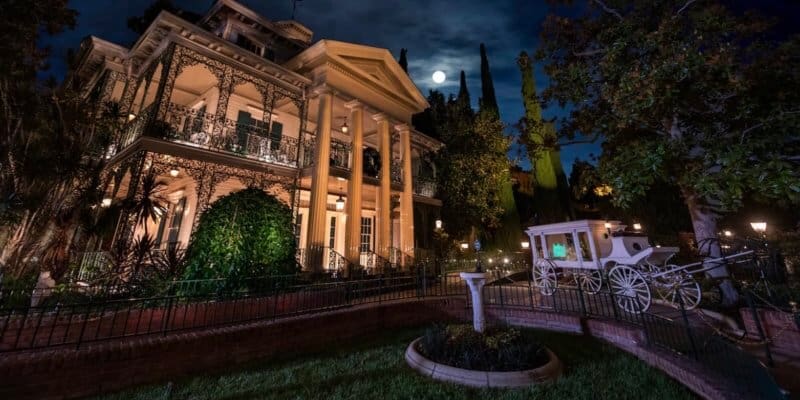 Walt Disney Studios has been adding to its roster of live-action films for the past few years now. While most have been a crowd hit, there’s one that still remains a bit of a flop. Disney fans have been asking for a new fresh take on a live-action Haunted Mansion film based on the iconic Disneyland attraction. Although this project has been in the works for years now, it has finally found its director.

We’ve recently reported on who is going to tackle writing this epic retelling of the classic Disneyland attraction. Writer, Katie Dippold, will be helping write the story of the Haunted Mansion and adding some quirky and funny elements that make the mansion what it is today. Dan Lin and Jonathon Eirich will be producing the film. The duo already has Disney experience as they produced the live-action Aladdin movie.

We can now add Director to that already impressive list because the film just acquired Justin Simien. According to Deadline, Disney has been wanting to work with Simien for some time now. And after his recent pitch for the Haunted Mansion, the studios felt he would make a perfect fit, especially after Disney’s 2003 version starring Eddie Murphy wasn’t exactly a hit.

Simien already has quite an impressive resume with films like Dear White People and Bad Hair. He is also set to be involved in the upcoming Star Wars: Lando miniseries. He also has a series coming soon to the Netflix streaming service. Hopefully, he can breathe new life into this film with an original story while still preserving what makes the Haunted Mansion a fan favorite for all ages.

Only time will tell, and we can’t wait to keep you up to date on how things develop for the Haunted Mansion live-action film!

What or who do you want to see in the Haunted Mansion movie? Let us know in the comments!