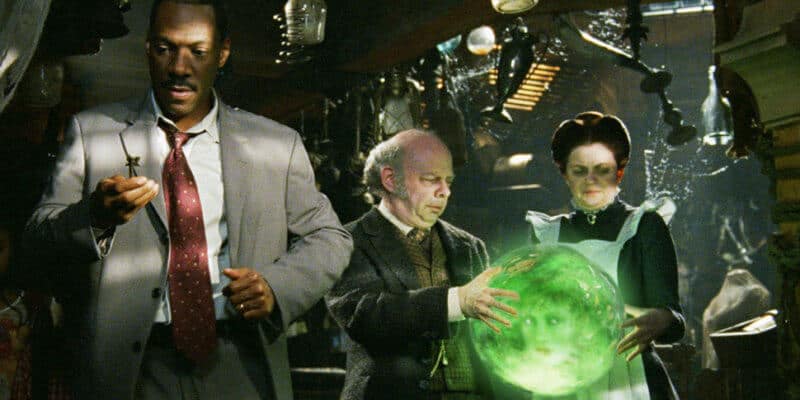 Many of you are familiar with the classic theme park attraction, The Haunted Mansion, located at both Magic Kingdom in Walt Disney World Resort and at Disneyland park in Disneyland Resort.

And some of you are probably familiar with the 2003 live-action movie based on the attraction, starring Eddie Murphy, Marsha Thomason, Terence Stamp, Nathaniel Parker and more.

Well now, Disney fans are in for a real scare as a brand new live-action film based on the Haunted Mansion is in the works!

According to The Hollywood Reporter, “Katie Dippold, perhaps best known for writing the recent Ghostbusters reboot movie and hit comedy The Heat, is writing a feature based on the popular ride for Burbank-based studio.”

Dippold was previously a writer on the popular TV series, Parks and Recreation, before she started in the film industry. This is where she went on to work on 2013 action comedy movie The Heat, which starred Sandra Bullock and Melissa McCarthy.  Dippold also worked on the all-female reboot of 2016’s Ghostbusters and wrote Snatched, the action comedy which starred Amy Schumer and Goldie Hawn.

The Hollywood Reporter also states “Rideback, the banner run by Dan Lin and Jonathan Eirich and was behind Disney’s billion dollar-grossing Aladdin remake film, is producing what is intended to be a live-action movie.”

The 2003 live-action movie is currently streaming on Disney+! If you are not yet signed up for Disney+, you can get started here.

More on The Haunted Mansion attraction

The Haunted Mansion is a popular attraction located in both the Magic Kingdom at Walt Disney World and inside Disneyland park at Disneyland Resort. The popular dark theme park ride takes guests through a mansion of haunted characters while riding aboard a Doom Buggy.

The spirited Haunted Mansion adventure will be guided by the “disembodied voice of the Ghost Host” as he is your private tour guide “through the cadaverous realm of an eerie haunted estate, home to ghosts, ghouls and supernatural surprises.” Beware of hitchhiking ghosts!

Disney World describes this attraction as “Glide past a casket-filled conservatory, Madame Leota’s chilling séance room and a ghostly graveyard of singing specters as you attempt to find your way out. Beware of hitchhikers—these phantom pranksters may follow you home.”

Are you excited to see a new live-action Haunted Mansion movie in the works? Let us know in the comments below.