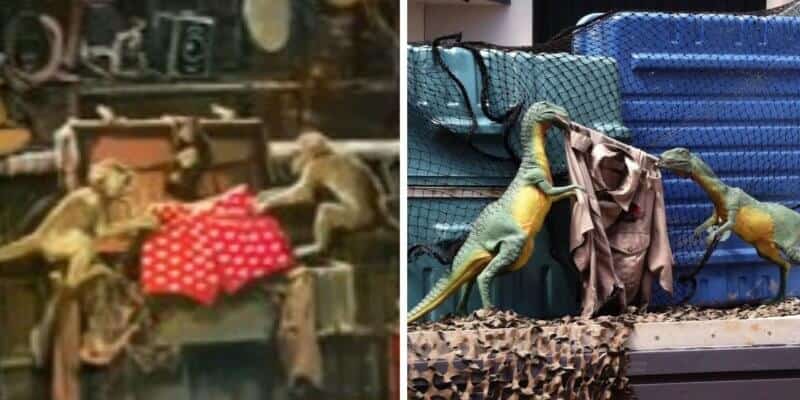 When Guests visit Orlando for vacation, most of the time, they are here to experience the world-class theme parks that Central Florida has to offer. The two theme park moguls in town are, of course, Universal Orlando Resort, and the Walt Disney World Resort.

With that being said, the competition between the two is pretty clear — and after years of Universal poking fun, did Disney World finally respond?

Both theme parks have iconic attractions, and incredibly immersive details, giving Guests jaw-dropping experiences and placing them in some of their favorite movies. That being said, the two theme park resorts are always going to have a rivalry, because if you are spending your day at Universal Studios, you are not at Disney World, and vice versa.

Typically, Universal has been the most cheeky of the two about the competitive nature that comes with having two amazing theme park resorts just 15 minutes apart from each other. Universal has even had attractions like Twister, which showcased run-over Mickey ears, and constantly Tweets jabs at Disney in a fun but provoking sort of way.

But, Disney rarely responds or retaliates — until now?

Disney Parks Blog recently shared additional concept art for one of the replacement scenes on the popular attraction, Jungle Cruise, removing Trader Sam to include his gift shop instead of his animatronic. In the concept art, we can see that there will apparently be two monkey animatronics, tugging on a pair of red polka dot underwear. If this scene looks familiar, that’s because it is!

Matthew (@Imagineer999) took to Twitter to showcase the side-by-side comparison of the Jungle Cruise concept art, alongside the classic scene in Jurassic Park River Adventure at Universal, where two raptors are tugging on a shirt.

Coincidence? I think not! #JungleCruise #JurassicPark

Although Disney has not said that the scene is a nod to Universal, it is hard to argue that the two do not have similarities. That being said, the image we are referring to is just the concept art of Jungle Cruise, which means that this scene could indeed change once it comes to fruition, although, we hope it stays!

For those who want to know more about this new scene as part of the Jungle Cruise refurbishment, Disney Parks Blog shared:

Guests visiting Magic Kingdom Park may soon notice the latest updates coming to the Jungle Cruise as they come around that final bend. Trader Sam is charting a new adventure along the river at both Disneyland and Magic Kingdom Parks. Ever wonder what happened to that gramophone you accidentally left behind on the boat during your last adventure? How about that beloved pith helmet that went missing?

Word on the stream is that Alberta Falls, proprietor of the Jungle Navigation Company Ltd., has entrusted her longtime friend, Trader Sam, to manage the new Lost & Found location.  But, with Trader Sam being Trader Sam, there’s always an opportunity to make some extra money. After all, all the best rides end with a gift shop, right?

Take a look at this rendering of their newest venture together. Clearly, Sam is betting on an established reputation as the best merchant in the jungle! But, while he’s out lost and finding some new inventory, it’s the animals that get the last laugh!

After we published this article, Universal Orlando responded to it with a hilarious Tweet! If you take a look below, it seems that Universal is cheekily pointing out that they are building an entirely new theme park, while Disney is not.

There is no doubt that Universal will continue to throw some shade towards Disney in the future, whether that be on social media or through attractions. For fans of both parks, it is pretty fun to point them all out!

Do you think that this scene was intentionally meant to copy Universal?