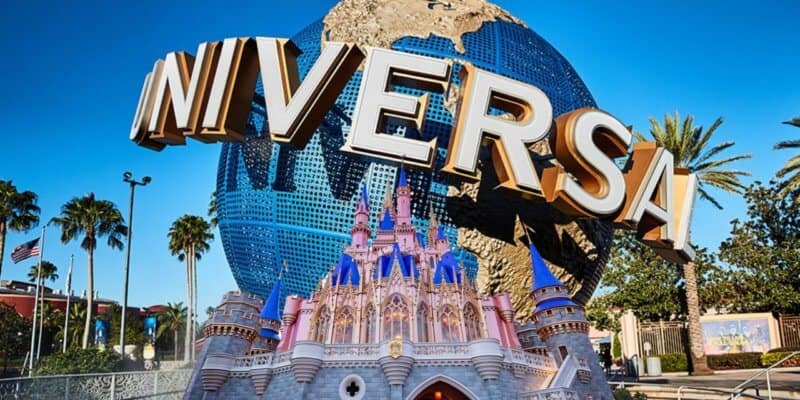 When it comes to the theme park industry, two of the biggest contenders are Disney and Universal. With theme parks all over the world, the theme park operators consistently compete to create highly immersive lands and attractions, which is highly beneficial for guests visiting both theme park resorts! That being said, it seems that Universal enjoys acknowledging the friendly competition on their attractions.

Watching Universal give Disney some jabs is nothing new. Universal’s Twitter accounts have consistently poked fun at both Disney World and Disneyland, but it doesn’t stop there. There are multiple attractions, both present and extinct, at Universal Orlando Resort that have direct references to Disney — but, those references are not always presented in the best light.

When a Disney film begins, watching Tinker Bell fly around the castle is both iconic and classic. Disney fans have come to expect this within an intro, and it is unmistakably Disney. Shrek 4-D at Universal Studios has an intro that showcases a fairy in a green dress, except she undergoes a rough start to her day. We watch this Tink-inspired character escape a frog attempting to eat her, only to have her smack directly into the theater wall.

This next jab was in the works, but never came to full fruition for Universal. The popular Disney attraction “it’s a small world” is very well known among Disney fans. Whether you love the attraction or the music makes you want to never ride it again, you know the melody and it’s likely playing in your head right now.

Well, Universal originally planned to create an attraction called It’s A Small Universe After All, which, of course, would have been a direct mock of an attraction. So much so, in fact, that Universal’s legal team had the theme park back away from the idea. That being said, in the queue for Men in Black: Alien Attack, you can see concept art for the attraction in the coffee room.

Twister: Ride It Out!

Jurassic Park River Adventure had some Disney Guests who rode the attraction and never made it out. During the ride, guests can see floating Mickey ears in the water — clearly, a casualty who did not catch their dino! The floating ears indicated that the owner of said ears is likely dead and a clear Disney fan, which sends quite the message.

There is no doubt that Universal will continue to throw some shade towards Disney in the future, whether that be on social media or through attractions. For fans of both parks, it is pretty fun to point them all out!

Have you ever noticed any more Disney references on Universal attractions? Let us know below!