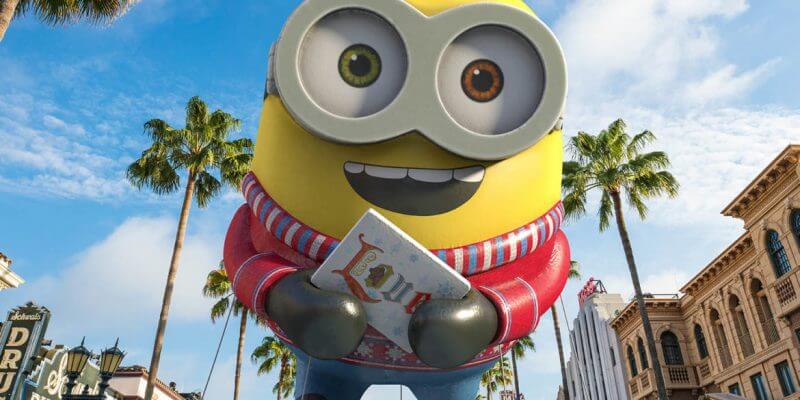 Starting on November 18, guests at Universal Orlando can experience an awe-inspiring holiday parade featuring favorites from “Despicable Me,” “Shrek,” “Madagascar” and more.

As part of the festivities, the Minions will sing their own rendition of “Jingle Bells” as they try to decorate a Christmas tree. Be sure to catch Bob the Minion’s balloon chasing after his favorite teddy bear, Tim. For the first time, Lucy joins the parade along with Gru and his daughters as they spread holiday cheer. King Julien and the Madagascar crew invite you to a tropical holiday party. The Penguins search for Santa Claus, followed by King Julien on a giant pineapple balloon. Alex, Gloria, Marty, and Melman are also featured as they celebrate the holidays.

Next, Shrek, Fiona, and their baby ogres celebrate the season in their swamp. Gingy leads the festivities from above his gingerbread house float. Donkey follows behind with an assortment of gifts, as Shrek and Fiona share a float with Dragon while two of her Dronkey babies fly above. Finally, holiday favorites return with a brand new look. Santa’s elves invite you into their workshop just before Santa himself appears on a gorgeous float.

A new musical score is included in this year’s show and Santa will be sure to make it snow all along the parade route.

Comments Off on Universal’s Holiday Parade featuring Macy’s to include Minions, Shrek, Santa and more at Universal Orlando