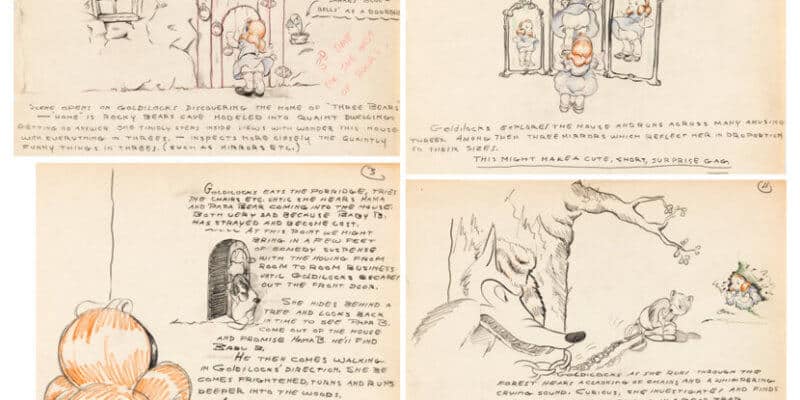 If you’re a big Disney nerd like myself, then you are in for a treat. The Art of the Disney Theme Park & Disney Storybook Art auction event from Heritage Auctions is selling 800 pieces of Disney history. These items include art, statues, and memorabilia from the Disney Parks and Disney Resorts today only!

Related: Captain America’s Shield, Other Marvel Props Up for Auction

In a Yahoo! article, the Vice President of Animation at Heritage Auctions, Jim Lentz, shared some insight on how collecting Disney history is important and why this particular auction matters:

“The nostalgia for Disney theme parks is something that unites generations of fans. More than vacation memories, the power of nostalgia is in its ability to capture the energy and emotion of a time and place. While Disneyland and Walt Disney World are ever-changing, the memorabilia of those earlier times are tangible touchpoints to the past—a way to celebrate its history and preserve those memories.”

Walt Disney World is known for its popular Resort hotels, from Disney’s Contemporary Resort to Disney’s Polynesian Village Resort, and many more. Lentz told Yahoo that his favorite pieces in this auction are from the Contemporary:

“Among my favorite pieces are from the quieter corners of Walt Disney World, such as the silkscreened restaurant posters from the Contemporary Resort in the 1980s,” Lentz said. “Some of these places were around for a year, some for a decade, but they’re all remembered here and the post-modern graphics that Disney’s sign shop utilized are amazingly fun to look back at.”

Some of this Heritage Auction event’s most incredible items include a statue from Disneyland’s enchanted Tiki Room (Pele figure), Walt Disney World The Twilight Zone Tower of Terror blueprints, and original Disneyland posters that were displayed in the 1970s and 1980s. Lentz stated:

“The tremendous surge in interest in this collecting area far outpaces the extremely limited supply,” Lentz noted. “So many of these are one-of-a-kind artifacts, and we are honored and excited to not only bring these lots together but to take collectors on a journey through the history of the Disney theme parks.”

You can find these and many other Disney items on the Heritage Auction website and take note that the live online auction ends today, Saturday, April 10, 2021.

Have you ever purchased Disney memorabilia from an auction in the past?