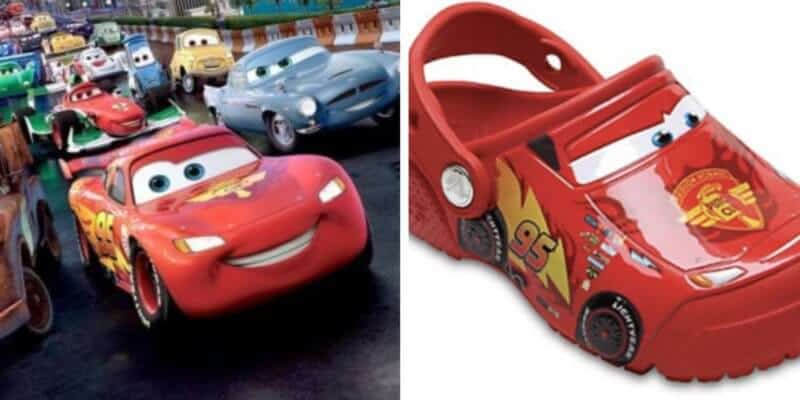 Many Disney fans often create petitions that don’t end up coming to fruition, but sometimes, those petitions do get enough attention that they could work.

Years ago, one Disney fan, Collin B., who really loves both Pixar’s Cars and the shoe brand Crocs, took to Change.org to start a petition asking Crocs to create their Cars line in adult sizes. The petition collected over 33,000 signatures and read:

It is unfair that there are adult sizes in many other movies and cartoons, but not Lightning McQueen! People around the world deserve equality. So many more people would buy the crocs if they were in adult sizes. People from around the Earth believe this problem needs to be considered and addressed.

Well, now all those adults who agreed with Collin and want to wear Lightning McQueen Crocs will be able to because the petition actually worked!

On April 27, Crocs will be releasing their adult-sized Lightning McQueen clogs. Although not much information has been released on the new Crocs, “it’s happening” is currently shown in bold lettering on the website (as seen in the screenshot below).

This alludes to the idea that the reason the shoes are being created is that after four years of petitioning, Crocs caved in to the public demand for the adult Pixar shoes.

At the moment, there is no official description for the adult Lightning McQueen shoes, however, the kid’s shoes are described as:

Boys and girls, start your engines! Crocs Fun Lab is back with another spin on the legendary Cars Clog to keep the little speedsters in the family on track, lap after lap. All of the comfort and support of a daily driver is here — this clog is light, easy to wear, quick to dry and cushiony thanks to the legendary Croslite™ foam construction. See you at the next pit-stop!

Other petitions that Disney fans have created in the past included one to bring back Johnny Depp as Jack Sparrow in future Pirates of the Caribbean movies, another to bring back Disney’s Magical Express, and one where Disney fans are asking the parks to not change the Jungle Cruise. It seems that the petitions are often made by fans who wish to keep something the same rather than having it change (such as Jungle Cruise or Splash Mountain). However, this Cars Crocs petition was meant to create something entirely new, and it seemed to work!

The petition on Change.org now reads “victory”, as the petition has achieved its goal. So, if you want to make a petition but you think that your petition won’t work, just remember that adult Lightning McQueen Crocs may not exist if someone didn’t try!

Plus, with Disneyland reopening, there are no better shoes to sport in Cars Land at Disney California Adventure.

Would you buy adult Cars Crocs? Let us know below!