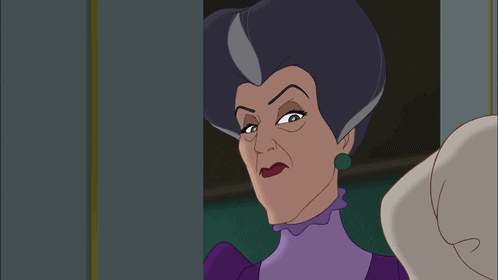 If you have ever watched a Disney movie, specifically an animated one, you may have noticed some character tropes and storylines that constantly reappear.

First of all, almost every Disney Princess has a dead mother, which is something we have explored in major detail in the past. That being said, a lot of the time, when the mother is out of the princess’s fairy tale life, a wicked stepmom comes into the picture (example, Cinderella, Snow White and the Seven Dwarfs). Every time we do see a stepmom in a Disney film, they are typically depicted in a negative light, and often, serve as one of the villains in the film.

Now it seems that there are Disney fans who want that stereotype of the wicked stepmother such as Lady Tremaine or the Evil Queen to change. A Change.org petition was created by Kelsea Laegreid, and a year later, the petition is continuing to gain traction. The petition is for The Walt Disney Company and wants Disney to “Feature a stepmother in a positive role in a major animated Disney film”.

Even though it’s 2020 and families of all shapes and sizes are accepted by most, stepmothers are still portrayed as cruel, evil villains in popular culture. Stepmothers are characterized in movies and books as willfully ignoring their stepchildren in the best case or denigrating and abusing them in the worst case.

Recently, I sat down with my cuddly 5yo stepson to watch a classic Disney movie that was one of my favorites from childhood. Five minutes in, it occurred to me that I would be introducing my son to an evil stepmother character and quickly changed movies. In response to my answer as to why I changed the movie, my son replied something to the effect that “stepmothers can be mean in movies.” It broke my heart that there was no similar movie I could turn to to reinforce the message that stepmothers can also be nice and loving in movies.

Walt Disney Pictures (“Disney”) has perpetuated this stereotype in countless movies over the past 80 years – including several since 2010.

Disney is the only film studio to regularly portray the “evil stepmother”, they should be the first to promote stepmothers in a positive light. Disney movies and stories have set the tone throughout recent history by creating iconic characters that live for decades and beyond. Children are typically introduced to Disney movies at a young, impressionable age and these movies inform fundamental beliefs that can last a lifetime. Disney could help stem negative stereotypes and help support children’s understanding of blended families.

Please join me in asking Disney to produce a major animated film that we can enjoy with our (step) kids that includes a supportive stepmother role. Thank you!

What Kelsea is arguing and fighting for does make a lot of sense. There are many blended families all over the world, and for some which involve younger children, it could be difficult to introduce a step-parent if pop culture has already ingrained this idea of “evil” in their minds when it comes to the subject.
Originally the goal of the petition was to reach 150 signatures, and now, it is almost climbing to 1,500 signatures which would make it more likely for the petition to make it onto the local news.
Do you think that Disney should make more movies where step-parents are seen in a positive light?