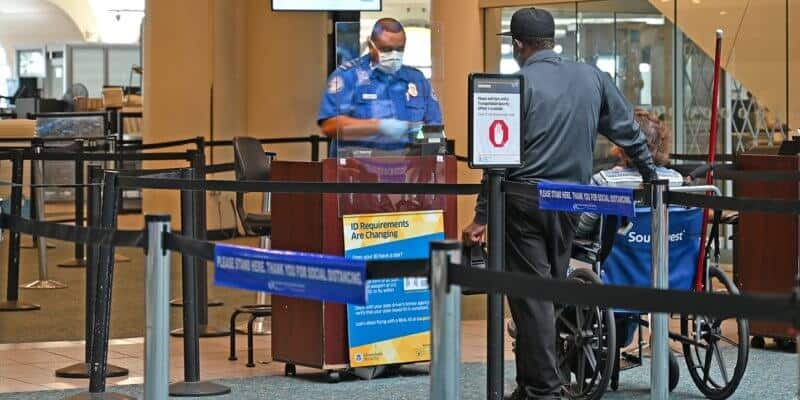 Walt Disney World is known for being the Most Magical Place on Earth! Disney fans from all over the globe dream of boarding a plane, heading to Orlando, and making memories that will last a lifetime. But, with the pandemic still looming, many Disney World fans and future Guests are wondering if this is even possible anytime soon.

In the last few days, there has been much conversation surrounding the vaccine passport, but could this idea encourage both U.S. travelers and international Guests who like to visit the parks to feel safe enough to go “home” once again?

What Is a Vaccine Passport?

There has been a lot of buzz going around, not only in the United States but all over the world, regarding the development of vaccine passports. This is something that U.S. President Joe Biden has voiced support for. The Washington Post recently reported:

“The Biden administration and private companies are working to develop a standard way of handling credentials — often referred to as “vaccine passports” — that would allow Americans to prove they have been vaccinated against the novel coronavirus as businesses try to reopen.”

This specific document — whether it was ultimately presented in physical form or digital form — would prove that someone has been vaccinated against COVID-19, as well as, potentially, other contagious illnesses. Right now, some countries require incoming travelers to prove they’ve received certain vaccines for diseases like yellow fever or tuberculosis. However, proof of a COVID-19 vaccine is not currently widely required for travelers.

The implementation of a vaccine passport in the U.S. could give hope to some fans who miss Walt Disney World and who haven’t felt comfortable traveling amid the ongoing pandemic. These individuals might feel safer once again setting foot on Main Street, U.S.A. if they knew everyone at Disney World had received the vaccine, particularly if vaccine passports were also required for air travel.

Many international Disney World fans, including those who frequently visit from Canada and the United Kingdom, are beginning to wonder how vaccine passports across borders would actually function.

Canadian news source iPolitics shared more information regarding how G7 countries are collaborating on vaccine passports, as well as what Canadian Federal Health Minister Patty Hajdu is saying about it.

“The health ministers from the G7 — Canada, the U.S., the U.K., France, Germany, Italy, and Japan — met Monday morning and ‘briefly’ discussed the idea, Hajdu said.

‘The G7 partners agreed that there needs to be some consistency and some collaboration among the countries, so we have some kind of system that would be recognizable, no matter where a person was travelling,’ Hajdu said.

‘We are having conversations with the Americans, but also through the G7 and many other international forums, exploring this idea of some form of … evidence of vaccination at international borders,’ Hajdu said.”

Related: Majority of Fans Will Not Visit Disneyland on Reopening Day

What Does This Mean For Disney World Guests?

Disney is not currently asking Guests who are visiting Walt Disney World to provide documentation that they have received the COVID-19 vaccine. This makes sense at this time since many states are just beginning to offer vaccines to the general public, rather than only to those who are in high-risk demographics or work in high-risk industries.

Furthermore, Guests are also not required to provide proof of a negative COVID-19 test before entering any Disney World theme park — or even the state of Florida. As a matter of fact, only one U.S. state, Hawaii, is requiring visitors to provide negative COVID-19 test results prior to entry. This is, in part, because it would be difficult to obtain test results from those driving across borders in the contiguous United States.

It is worth noting, however, that The Walt Disney Company has instated multiple health and safety measures at all of its theme park properties. Guests’ temperatures are taken before entry, face masks are required for Guests age 2 and over, social distancing is enforced, and all Parks are currently operating at limited capacity during their phased reopening process.

Florida Governor Ron DeSantis recently indicated that the state will not require a vaccine passport. However, that doesn’t mean that companies in the private sector — including Disney — won’t decide that their patrons need to provide proof of vaccination.

For example, Florida does not currently have a mask mandate, but Disney Springs and all of Disney World’s theme parks — Magic Kingdom, EPCOT, Disney’s Animal Kingdom, and Disney’s Hollywood Studios — still require masks. Although Disney World does not currently require Guests to present vaccine passports, they could, in theory, implement this restriction regardless of Florida’s state policies.

Another thing to note for international travelers is that many nations, including both Canada and the United Kingdom, still have their own travel restrictions at this time. For example, in the U.K., if you are a visitor and have been in or traveled through any of the 35 countries that are listed here in the previous 10 days, you will be refused entry. The list does not include the United States.

Canada also has strict rules and regulations. People who travel by air, regardless of citizenship, will need to follow testing and quarantine requirements to keep Canadians safe, particularly given the new COVID-19 variants in Canada and around the world.

So, what does this mean for international Disney travelers? After the unexpected year we had in 2020, more than ever, people are looking forward to traveling.

Perhaps if Disney World ultimately opts to require a valid vaccine passport to enter its theme parks, it could encourage more visitors to feel safe traveling and make a trip to Disney World a reality soon.

However, Disney has not given any indication that they will be implementing a vaccine passport or a system like it on any of their properties anytime soon, so we’ll have to wait and see.

As vaccine rollout continues worldwide and vaccine passports perhaps start becoming part of life, traveling may once again start to feel normal. As CNN pointed out, however, it will take some work for developers to convince people that “vax pass” apps are safe:

Vaccine verification apps could play a key role in helping us get back to normal. But the companies behind them may first need to convince millions of Americans — scarred from years of headlines about data scandals — that these apps don’t pose significant privacy risks…

Chief among the privacy fears is the question of whether location or medical data will be collected and stored and who will have access to that information. The companies behind these apps have said they will not store data, but the perception could nonetheless dissuade some Americans from embracing the apps.

In the end, no matter what Disney decides to do in regard to vaccine passports, not everyone will be happy. This is certainly a hot-button issue that isn’t going away anytime soon.