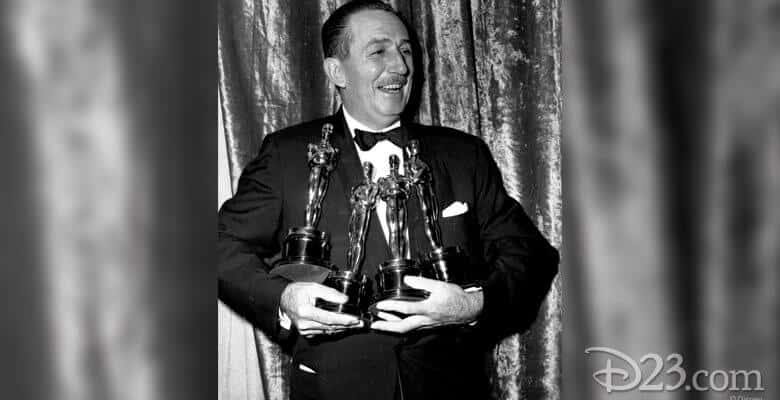 The Walt Disney Company had a good run at this year’s Oscar nominations. In fact, their film Nomadland was nominated for six Academy Awards, including in the coveted Best Picture category. However, Nomadland isn’t really a Disney picture.

Hear us out — if Disney had not recently acquired 20th Century Fox (now 20th Century Studios), they would not own Searchlight Pictures, the company that produced the film Nomadland.

But, Walt Disney Animation Studios, the hallmark of the Disney company, has not seen an animated film be nominated for Best Picture in years. In fact, the last two animated Best Picture films under the Disney banner were Up (2009) and Toy Story 3 (2010), which are both Disney-Pixar movies.

Walt Disney Animation Studios itself hasn’t received a Best Picture nod for an animated feature since Beauty and the Beast (1991).

Here, we explore an intriguing question. Does the animation studio need another Walt Disney-like figure to help them get back into the Academy’s Best Picture category?

Walt and the Oscars

Walt Disney’s first award at the Oscars was a special recognition award for the creation of Mickey Mouse. This was presented to him at the 5th Academy Awards show.

Next came another special award from the Academy, this time in 1938 at the 11th Academy Awards. Walt was given another honorary award for the technology used in the creation of Snow White and the Seven Dwarfs (1937).

But, this was only the beginning for Walt, as he still holds the most record for most Academy Awards presented to any individual at 32. You can see the entire list of those awards from D23.

With many great achievements, the Walt Disney Company — including the animation studio — has still gone on to continue to score Oscar wins long after Walt’s December 15, 1966 death.

However, many of these wins come from Disney-owned studios, not Walt Disney Animation Studios, as we previously noted.

The most notable studio to receive and win Academy Awards under the Disney banner is undoubtedly Pixar. The Emeryville, CA animation studio — which Disney purchased from Apple Computers founder, Steve Jobs — has had some big wins at the Academy Awards over the years for films such as Toy Story 3 (2010), Brave (2012), Finding Nemo (2003), and The Incredibles (2004). All of these beloved movies took home Best Animated Feature Oscar.

It is worth noting that Disney has seen some Best Animated Feature wins recently, as well, with films such as Frozen (2013), and Zootopia (2016).

However, as we previously shared, it has now been 30 years since a Walt Disney Animation Studios film has been nominated for Best Picture. Obviously, it is difficult for an animated film to cross over from out of its own category and into the Best Picture arena, but it can be done — and Pixar is doing it.

Now, I know that Disney was not alive during the production of Beauty and the Beast, which is the only Best Picture nomination the animation studio has had in recent memory. But does Disney animation need another Walt-like figure to help them bridge the gap from Best Animated Feature to Best Picture? Maybe.

When Walt Disney Animation Studios was nominated for Best Picture with Beauty and the Beast, it was during what became widely known as the “Disney Renaissance.” As in the previous decades, Walt Disney Animation Studio was struggling to produce high-quality films. In the 1998s and 1990s, though, things started changing with movies such as The Lion King (1994), Aladdin (1992), and The Little Mermaid (1989) to name a few.

Related: All 61 Disney Animated Classics and How To View Them

Perhaps Disney needs another Walt-like figure to head-up animation and help usher in a new “Disney Renaissance” period. Films like Raya and the Last Dragon (2021) have captured audiences’ hearts, so there is certainly hope for the future of Walt Disney’s beloved animation studio.

Since Disney’s animated feature films are high-quality, it could only take a little push to bring those movies over into the Best Picture category.

Personally, I have really enjoyed the animated Disney films that have come out over the last few years, Zootopia being my favorite! I think the only thing fans want for the movies and the Disney company, in general, is for things to always be getting better.

What do you think? Does Disney animation need another Walt? Let us know in the comments!