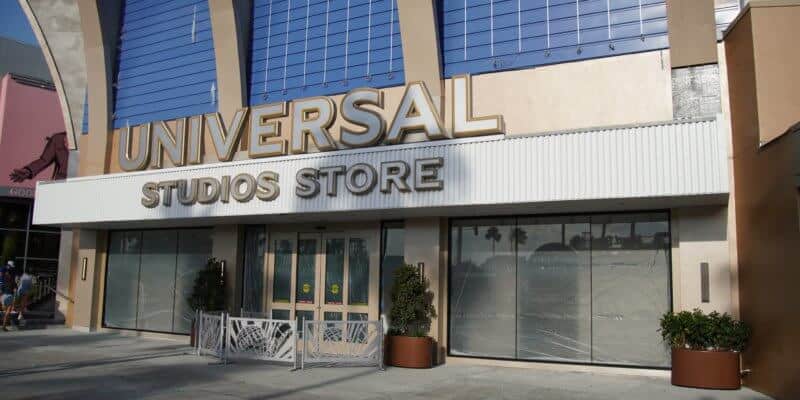 If you are a Universal fan then you likely know that Universal has been working hard on a brand-new Universal store at CityWalk.

Now the construction walls around the new Universal store are down and fans can see how epic this new store will be!

We assume that this store, much like the large gift shops located inside the entrance of both Universal Studios Florida and Islands of Adventure, will hold a variety of products from both parks. Likely the store will have sections dedicated to the Wizarding World of Harry Potter, Jurassic Park, Marvel, and other IPs that can be found inside the parks. That way those who do not have a theme park ticket can still have a chance at some park exclusive merchandise.

Thanks to Bioreconstruct on Twitter we can see how beautiful this new store is. They shared the following photo along with the caption:

Universal has not revealed an opening date for this new store, but things appear to be moving along quickly.

Bioreconstruct also shared photos that give us a closer look at the planters outside of the store, showcasing the upscale feel the store gives off into CityWalk:

Planters along the walkway next to new Universal Studios Store in CityWalk. Planters are similar to those seen at classy department stores. However, the taller plants block lighting.

Planters along the walkway next to new Universal Studios Store in CityWalk. Planters are similar to those seen at classy department stores. However, the taller plants block lighting. pic.twitter.com/LzY3aXwnl7

One big question we are left asking is — Will there be Super Nintendo World merchandise?

Fans anticipate that Universal Orlando’s newest park, Epic Universe, which is currently under construction, will hold the Orlando version of Super Nintendo World. With the recent grand opening of Super Nintendo World in Universal Studios Japan, many are eagerly awaiting the merchandise from that park to make its way to the states — Superstar popcorn buckets? Sign me up!

The previous Universal Store location in CityWalk has been changed into the Universal Legacy Store, which features props and fun nods to old attractions and offerings around the resort. It is currently unclear if that store will be permanent.

Personally, I would love to see the old Universal CityWalk store transformed into another quick-service-style food location, but we will have to wait and see.

What do you think of the new Universal Store? Let us know in the comments below!

We can help you plan the perfect Universal Orlando Resort vacation, click here for more information.

Comments Off on New Universal Store at CityWalk Looks EPIC