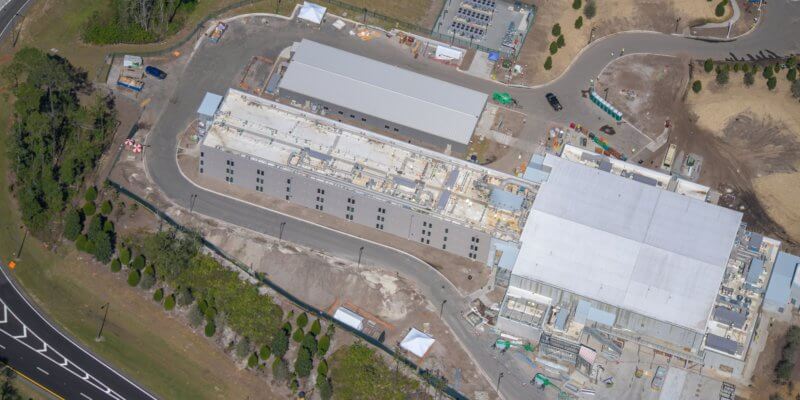 In 2019, Star Wars fans were able to walk into a galaxy far, far away for the first time. The Outer Rim planet of Batuu at Star Wars: Galaxy’s Edge allows every Star Wars fan to get a firsthand glimpse of Han Solo and Chewbacca’s Millennium Falcon, even boarding the famous Corellian ship for the ride, Smuggler’s Run. Then, fans can battle the First Order on Star Wars: Resistance on Rise of the Resistance. Never mind the fact that Guests get to meet stormtroopers, Kylo Ren, Rey, and more while walking through what feels like more than just a movie set, but a real Star Wars land.

The immersion that Disney created with this land has been one of Imagineers’ most in-depth and detailed creations to date, in my opinion. Due to this, it was very exciting to learn that Disney would be creating a Star Wars Galactic Starcruiser hotel which will immerse Guests into a two-night, three-day experience where the characters from the world of Star Wars will come to life in a brand new way.

Walt Disney Company CEO Bob Chapek has promised Disney and Star Wars fans alike that the wait for the Galactic Starcruiser to open will be worth it, leaving participants “blown away” and that the project is “truly unlike” anything Disney has ever done before. Knowing this, and the proximity that the hotel has to Disney’s Hollywood Studios, as well as knowing that the Starcruiser is a priority project for Disney, fans are sitting on edge of their seats waiting for an opening date to be announced.

One interesting thing about this Disney project, which separates it from other Disney World Resort hotels, is that the exterior of the building has not been highly publicized. We do, however, know that the interior of the structure is nearly complete from various sneak peeks Disney has given. Thanks to pilot and photographer, Jonathan Michael Salazar (@TheDisneyPilot on Instagram), we have gotten a bird’s eye view into the Starcruiser hotel.

As we can see from this shot, the Starcruiser is not highly themed on the outside. However, this tracks with the concept images we have seen of the outside of the hotel, so it may still be very close to completion.

The Halcyon is, after all, meant to look like a starship, which tend to be grey or black and relatively nondescript on the outside.

If anything, I personally think the bland-looking exterior will be a huge plus for the Starcruiser because, for Guests who have not stayed at the hotel, the level of immersion and what happens within will remain a mystery.

This will be the first true storytelling hotel that Disney has ever created — Guests will actually become part of the Star Wars saga as soon as they board — and it is interesting to see how the building process has gone. The industrial and unfinished look that the hotel currently has is incredibly unique, and really, almost does not look like a hotel. Hopefully, that helps to amplify the “wow” factor that Guests will have when they walk inside. That being said, there is a chance that Disney will paint the exterior or add more detail to it. However, it has remained in its current state for quite some time now.

At the moment, the Star Wars Galactic Starcruiser hotel does not yet have an opening date, but, as we mentioned, it is a priority project that Disney fans hope to see a debut for the 50th anniversary celebration. For the most up-to-date information about the hotel, visit its official webpage.

Do you think that Disney will add more to the exterior of the Star Wars Galactic Starcruiser hotel? What are your thoughts on the hotel?