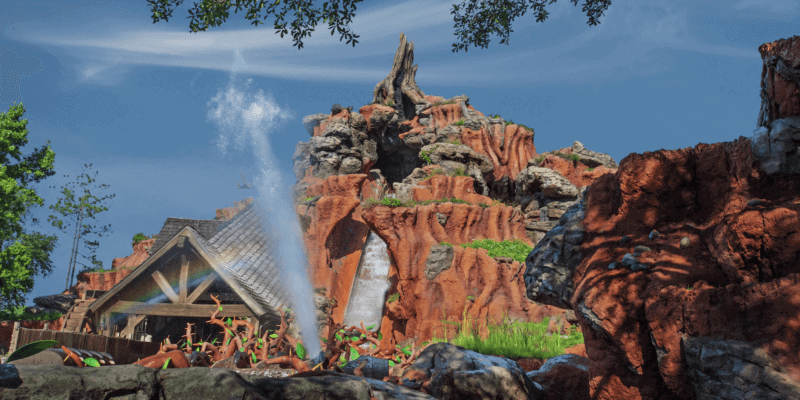 Splash Mountain in Walt Disney World will soon undergo a bit of construction as Disney recently filed a permit for work to be done on the Magic Kingdom ride.

The permit, which you can view here, was filed on March 26, 2021, and is for “roofing” construction on Splash Mountain at Walt Disney World Resort.

Unfortunately, the permit doesn’t go into specific details as to what will be done on the Magic Kingdom attraction, however, we did check the refurbishment calendar for Walt Disney World through June 8, 2021 (which is the furthest date out that we can check at time of publication) and it doesn’t look like the Magic Kingdom attraction will be closing anytime soon. The official webpage for the attraction also doesn’t mention any closure. This means that even though a bit of construction will take place according to this paperwork, it doesn’t seem to be major enough to temporarily close the ride.

The refurbishment calendar is subject to change and Inside the Magic will update you as we get information.

Splash Mountain takes Guests through Br’er Rabbit’s story as he looks for his “laughing place”. Disney World describes this attraction as:

In case you missed it, back in June 2020 Disney announced (after a petition coincidentally made its rounds on the Internet) that the classic theme park attraction Splash Mountain would be rethemed to the 2009 Disney Princess animated movie The Princess and the Frog.

We do want to note that this permit is likely not related to the retheming of Splash Mountain as Disney has not yet announced when they would begin construction on that project, but Inside the Magic will continue to update you as we get information.

Disney’s official announcement from June 2020 regarding the retheme reads, in part:

Last summer, Disney also confirmed that they had not yet announced a timeline for the attraction retheme:

Is Splash Mountain one of your favorite rides? Let us know in the comments below.

Do you want to book a trip to Disney World or Disneyland? Start planning today!