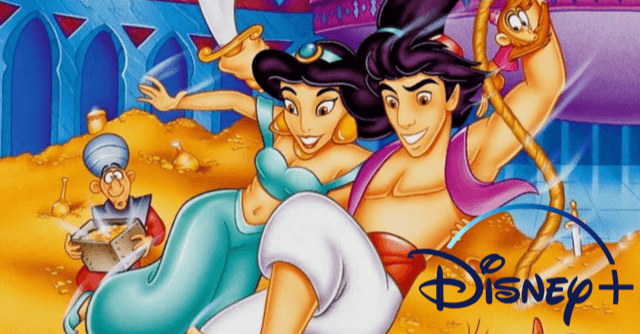 The Disney streaming service, Disney+, is home to many classic films, original series, and so much more. With so much success and tens of millions of subscribers, it would seem that Disney has covered all their bases in regard to including everyone’s favorite content.

With new content being added every month, there’s something for everyone. Be that as it may, the fans of the Aladdin series don’t seem 100% satisfied with the platform’s current lineup. This is mainly because the streaming service already has the original film, two more Aladdin animated films, and the 2019 live-action film, but not the series.

The series originally debuted in February 1994 and followed the classic Aladdin animated feature film — which was released to audiences in 1992. However, the Aladdin animated series only lasted until November 1995. Most of the voice cast from the film returned for the series — all except for Robin Williams, who played the iconic role of Genie. Although the series didn’t have a long life on the Disney Channel, it still stands the test of time in the hearts of many who loved it.

Chris M. shared his reasoning for the petition:

“It’s great that many of our favorite classic Disney cartoons are on Disney+, but I noticed that one very popular cartoon is missing. The streaming platform has the original Aladdin movie, the two sequels and the remake, but the Aladdin TV series is missing. We need to let Disney know that we demand (and wish) to have this series on Disney+. Please sign and share to spread the word. “

Related: Fan Theory Connects ‘Aladdin’ With ‘Princess and the Frog’

If you happen to be a fan of the Aladdin animated series and wish to see it come to Disney+, you can sign the petition by clicking here!

What other popular series or content would you like to see come to Disney+? Let us know in the comments below!