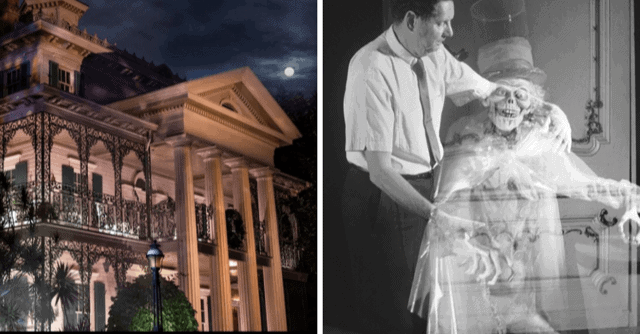 Disneyland is on the brink of its reopening and fans are excited, to say the least. One of the big questions on everyone’s mind is which newly refurbished attractions will be included in the opening.

The Future of the Haunted Mansion

One of the attractions that is going to reopen following some sprucing up is the classic Haunted Mansion ride. This famed attraction closed in early 2020 to begin a lengthy refurbishment. However, when the pandemic hit, the update was paused for the time being. Eventually, when it was safe to do so, work resumed for the attraction and now guests can’t wait to return to their doom buggies when Disneyland reopens on April 30.

Disney made an official statement about what changes Guests returning to the Haunted Mansion should expect:

The work will include paint and trim on the interior and exterior of the attraction along with lighting and mechanical work inside the ride building. The renovated ride will look refreshed, but no visual changes are expected to be made to the attraction.

But, before we look forward, let’s take a look back at the phenomenal illusions and features that make this Disneyland staple stand the test of time!

One of the most realistic and convincing illusions is know as the Pepper’s Ghost illusion. This impressive illusion method has been around for centuries. And even though this method is nothing new, the Haunted Mansion at Disneyland is the most recognized display of the Pepper’s Ghost illusion to date. Can you guess where in the attraction this is used?

If you guessed the ballroom scene, then you are absolutely correct! The way this is pulled-off in this attraction is quite brilliant. The effect is more than just smoke and mirrors, although you might need a mirror. A piece of glass is positioned at an angle and light is shone onto a person, figure, or, in this case, an animatronic. If you line up a mirror correctly and in the right spot, the reflection is projected to the audience as a ghost like figure. This was just the beginning of what Imagineers now refer to as “Illusioneering”.

According to Vice, the effect was lost to the sands of time, but was resdiscovered by Henry Dircks and John Pepper in the 1800s. The illusion, of course, is named after Pepper. The two British scientists introduced this method to performance theatre and their audiences. So, when it came time for Disney to use the Pepper’s Ghost effect, it seemed fitting to put it to use in what Walt Disney deemed as the “house of illusions”.

To check out this effect in action and more attraction illusions, watch the video by Offhand Disney below:

And, as we look to the future of the Haunted Mansion, we can only hope to see more spooks and illusions to come. Only time will tell when the Disneyland Resort welcomes Guests back on April 30, 2021.

Related: Keep in mind: Disneyland attractions are getting major refurbishments in 2020

What Haunted Mansion illusions are your favorite? What do you think should be added to the attraction? Let us know in the comments!

Ready to experience the magic at the Disneyland Resort? Start planning your vacation today!

Comments Off on This Haunted Mansion Illusion Is Hundreds of Years Old!