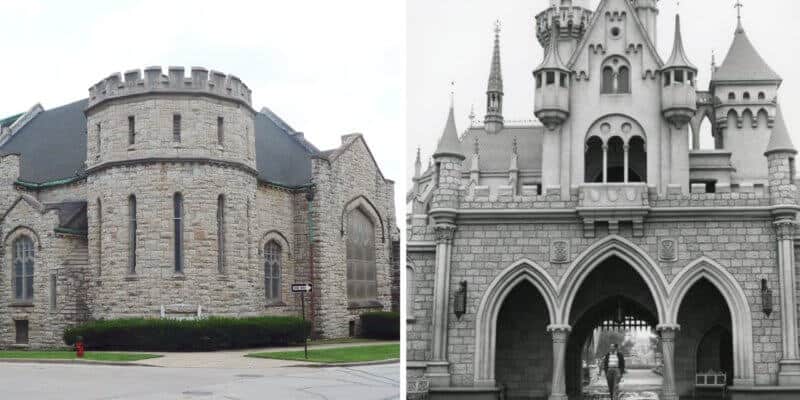 We all know that Walt Disney was a man inspired by many things and, now, many Disney fans worldwide love to learn about what things made Walt’s brain tick. Well, it seems that one of Walt’s biggest architectural inspirations has been ripped down, even with some of his remaining family members fighting to save it.

According to NNY360, “Walt Disney used to stand at the corner of East 36th and Walnut streets in Kansas City and admire how the Westminster Congregational Church looked particularly like a castle.”

This church stood for over 110 years, but recently was deemed an unsafe structure and ordered to be demolished.

Related: Disney History: Walt Disney Got His Start in Animation 100 Years Ago

If we take a look at the church, we can definitely see how the architecture would have given Walt the idea of a castle. After going to the church every week and looking at it even when he wasn’t at a Sunday service, it is clear that Walt’s love of castles developed at an early age — even before he moved to California in his early 20s in 1923.

The Walt Disney family used to attend the church as well, so its destruction truly hit the family on a variety of levels. Walt’s nephew, Charles Elias Disney, shared, “Uncle Walt was always taken by architecture. And when he would talk about architecture in later years, he talked about that church.”

The article went on to report,

“When he heard of the building’s potential demise, Charles Elias Disney pleaded in a letter to the editor published in The Star, that the building, which is on the national and Kansas City lists of registered historic places, be saved and restored.”

It seems that Sam Unruh, who purchased the building in 2016, spent over $100,000 to try and fix all of the structural damages that needed to be repaired, but more money was required. Unruh mentioned that the cost to fully repair the building would be astronomical and he could not afford it. Apparently, although many wanted to save the building, no one had the finances to help fix it.

Unfortunately, even with Disney family’s appeal, the building still ended up being demolished and crumbled to the ground. That being said, after seeing Disneyland Resort and Walt Disney World Resort, although the church may be gone, we can see how its architecture inspired the castles that Disney fans still flock to to this day.

Do you think that the city should have worked harder to save the 100-year-old church that inspired Walt Disney?