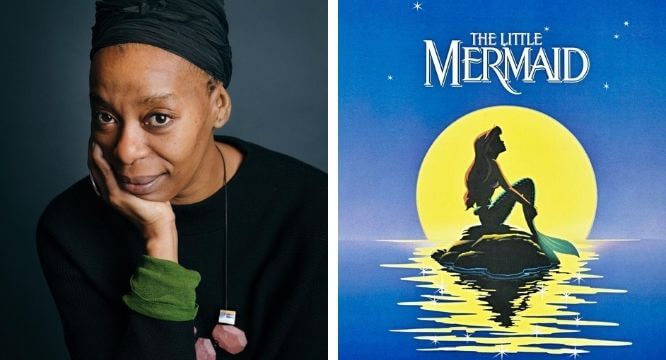 Straight from Deadline today is news related to the Disney live-action film, The Little Mermaid.

Mary Poppins Returns actress Noma Dumezweni has been cast in an unknown role in the film, which will be directed by Rob Marshall and is written by David Magee. The Little Mermaid is expected to have an announced debut date soon, but for now, all we know is that rehearsals have begun, according to the acclaimed composer, Lin Manuel-Miranda who will pen the lyrics.

Noma Dumezweni in The Little Mermaid

Noma Dumezweni is known for her “scene-stealing role as Hugh Grant’s lawyer in HBO’s hit series The Undoing,” but now she will swim to Atlantica to join the cast of Disney’s upcoming live-action rendition of the 1989 classic, The Little Mermaid.

Deadline reports that while we still don’t know which role Dumezweni will take up, it will be a (new) role that was not present in the animated film. Disney fans are already suspecting that it may be the role of Ariel’s mother, Queen Athena, introduced in The Little Mermaid: Ariel’s Beginning.

Voice work for the film began this summer, and the production is starting to return to the sets, which were abandoned in March of 2020.

In the titular role will be actress Halle Bailey, accompanied by Melissa McCarthy as the essential villain, Ursula (originally voiced by Pat Carroll), and hunky Javier Bardem as the royal King Triton. Disney fans will be glad to hear that the live-action release will include popular songs from the 1989 original release, as well as new melodies from original composer Alan Menken with lyrics by Lin-Manuel Miranda.

Disney fans may recognize Dumezweni from her role in Mary Poppins Returns as Mrs. Penny Farthing. Farthing was a minor character in the film as the secretary of the Fidelity Fiduciary Bank.  She gives the children sweets from a desk jar in her time on screen. Her perfectly coiffed 1930’s hairdo and perky polka dot blouse give her a historic air with a kind demeanor.

Harry Potter fans and theatre buffs will instantly recognize her as Hermione Granger in the West End Broadway production of Harry Potter and the Cursed Child. She left her role in the magical series in 2017 and again in 2019 after a short reprise. For her performances as Hermione, Dumezweni won an Olivier Award.

Which role do you think Noma Dumezweni will take up in The Little Mermaid? Leave us a comment below!