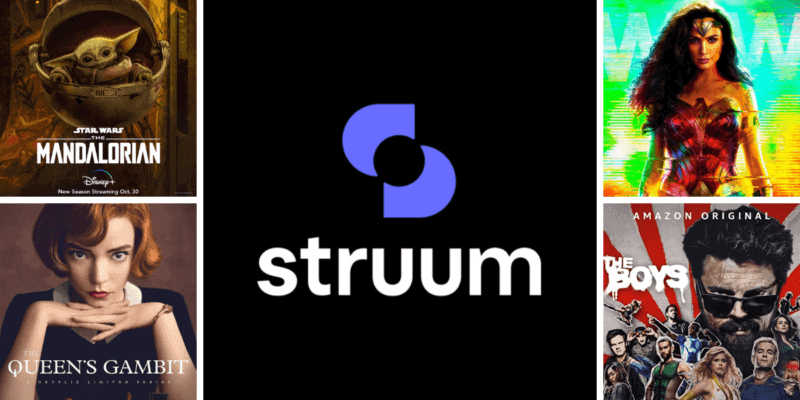 They called it a “ClassPass for streaming services.” A group of former executives from The Walt Disney Company and Discovery has come together to launch Strumm, a new streaming service that provides consumers with a new way to view content from a variety of streaming providers.

TechCrunch.com describes Struum, which allows subscribers a certain number of “credits” to sample content from a variety of streaming services:

Struum will work by charging customers a single monthly subscription to provide a range of services, accessed through the Struum app. However, instead of getting a full buffet of content within the app, the consumer is given a number of “credits” they can use to sample and consume content, just like ClassPass did with gym classes.

Then, if Struum sees the customer is routinely accessing content from one service, it will suggest they may be better managed by that service. The customer can choose to subscribe to the service from within the Struum app directly.

In other words, Strumm acts as a customer acquisition engine for its partners, in addition to hosting their content.

This idea for the startup comes from founder and former Head of Product for Discover Ventures, Lauren DeVillier, who is starting this service alongside Paul Pastor, former Executive Vice President of Strategy, Revenue and Operations at Discovery Networks, Eugene Liew, former Vice President of Product and Technology at Disney+, and Thomas Wadsworth, former Lead of Advanced Product Development for Walt Disney Imagineering. DeVillier was first inspired by the ClassPass service used for sampling fitness classes offered at gyms and fitness studios.

“I was a huge user of ClassPass and I love that model,” explained DeVillier. “And we just started noodling on this idea of offering this aggregated service using that model.”

The company has already signed deals with over three dozen streaming services which still remain nameless, boasting a library of 20,000 TV series, movies and shorts. Once launched, consumers will no longer have to continue subscribing and unsubscribing. So, right now, it’s unclear whether Disney+, Hulu, and Netflix, for example, will be available.

Just imagine, if you will, rather than having to subscribe and unsubscribe to Disney+ in order to watch The Mandalorian, you can watch it in a place where you can also potentially access shows and movies on other platforms like The Queen’s Gambit on Netflix, Wonder Woman 1984 on HBO Max, and The Boys on Amazon Prime while only worrying about one subscription.

Related: Why Should Warner Bros. Merge With Universal?

“Today, those habits and rituals are built around first going to a Netflix … and the next thing is to go to Amazon,” explained Pastor. Consumers might then turn to Disney+ or HBO Max as a third option, he told TechCrunch, depending on whether they’re looking for family-friendly or adult content.

“What we’re hoping to be able to do, by aggregating these pieces together, is to say, listen: your third or fourth choice should be Struum. It’s a place where you can manage one subscription and explore all these [other} services,” Pastor added.

Related: Analysts Say Content is the Reason Disney+ Can Win Battle With Netflix

The startup founders also credit their experience in consumer-focused content-generating companies for being able to see this niche in the marketplace.

“We come from a very strategic background approach. And we come from a discipline of listening to consumers — that’s so much the history of the Discovery and the Disney brand. That’s very much the near-term focus,” said Pastor.

This new startup is backed by another alumn of The Walt Disney Company, former CEO Michael Eisner, through his investment company The Tornante Company, as well as Gaingels, which backs LGBTQ+ founders and allies, and Firstlight Media, which provides the technology needed to power video services.

Struum is scheduled to launch in America this spring on web, mobile, and TV platforms. At this time, there is no official word regarding how this new platform will affect Disney’s streaming services, Disney+, Hulu, and ESPN+.

We at Inside the Magic will update our readers as more information comes to light.

What do you think about this new streaming service idea? Do you think Disney would agree to a deal with them? Why or why not? Let us know in the comments!