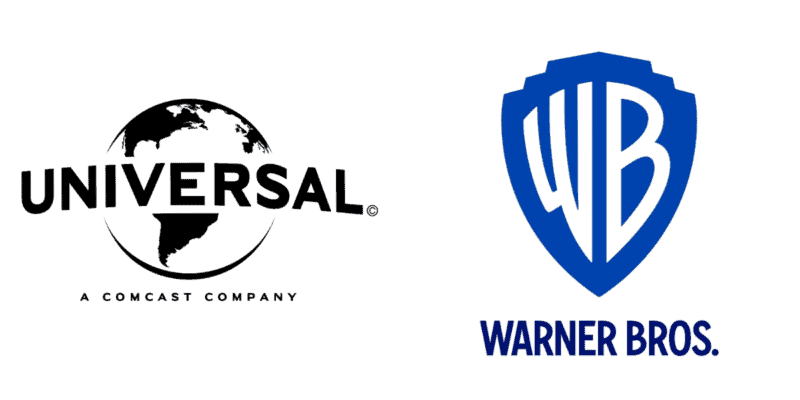 The Hollywood Reporter published an article this morning in which LightShedPartners analyst Richard Greenfield argued why it was time for WarnerMedia (the owners of Warner Bros.) and NBCUniversal (owners of Universal Pictures) should merge.

“It is time for both AT&T and Comcast to abandon the fool’s gold of vertical integration of content and distribution and merge NBCUniversal with WarnerMedia,” he declared pointing to direct-to-consumer streaming and saying that the merger could create an $80-billion-dollar-plus behemoth.

“When we think about the scale needed to compete in a direct-to-consumer world, it goes well beyond the content heft,” he said. “Think of the scale of engineering resources, the marketing heft of the combined entity and infusing theme parks into Warner Bros. and video games into NBCUniversal. Not to mention, at this enlarged scale, the combined company is in a far better position to negotiate with TV operating system platforms, [pay TV and virtual pay TV distributors], and even talent.”

Both Comcast’s NBCUniversal and AT&T’s WarnerMedia breaking into the streaming industry with their own platforms. NBCU has Peacock and WarnerMedia has HBOMAX. Imagine the two coming together along with the NBC Sports app to create a bundle rivaling Disney+, Hulu, and ESPN+.

In many ways, it could be argued that NBCUniversal and Warner Bros. umbrellas make up the bulk of mainstream non-Disney content. Such a union would essentially create a one-stop-shop for some of the most beloved and binge watched TV shows of all time from Friends to Game of Thrones, from Sesame Street to South Park, as well as a movie library spanning that includes the entire Harry Potter saga, the growing DCEU, DreamWorks films like Shrek, and so many other classics.

An NBCU/WarnerMedia merger would be an absolute powerhouse, and NBCU’s Jeff Shell and WarnerMedia’s Jason Kilar, are reportedly game. “While we are sure both executives would want to run the combined company, we suspect shared power would be ideal for shareholders as they each bring very different skill sets and backgrounds in media and technology,” Greenfield said. “Both executives recognize the need for disrupting the status quo and do not appear afraid to ‘break glass’ as we have seen with theatrical windows in recent weeks. In many ways, the leadership duo would be a dream team executive-wise.”

But Greenfield also says that such an undertaking is unlikely to happen.

“Both AT&T and Comcast feel far too focused on their current strategies to deal with a massively disruptive and transformative merger of equals that creates a new separate entity, not to mention a sizable divestiture of local TV stations. That said, it would be a huge win for investors on both sides and could create one of the only companies positioned to not just survive long-term, but to flourish as the entire media business shifts rapidly to streaming.”

Analysts can talk and back their case, but only time will tell if two of the most beloved studios decide to come together.

Related: What Impact Will Disney’s New Strategy Have on Hollywood?

Do you think Warner Bros. and Universal should merge? Why or why not? Let us know in the comments!