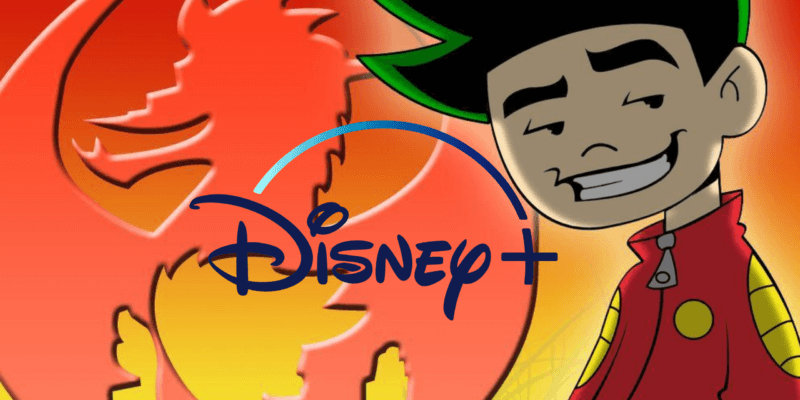 From the J to the A to the K to the E! American Dragon: Jake Long is finally coming to Disney+! The Disney Channel classic will finally arrive on Disney’s streaming service this February after a significant fan outcry. Fans have been clamoring for the show’s release on Disney+ for quite some time, though some are still bitter it only lasted two seasons.

What is American Dragon?

American Dragon premiered in 2005 and ended in 2007. However, it had a good run on the Disney Channel for quite some time, with Disney regularly showing reruns.

The show stars Dante Basco, better known as Prince Zuko from Avatar: The Last Airbender as the titular character. Jake is supported by his Grandfather and an anthropomorphic Chinese Shar-Pei named Fu Dog. John DiMaggio voices the character. The actor is best known for his roles as Bender in Futurama and King Zod in Disenchantment.

The premise of the show is that Asian – American Jake and his Grandfather can turn into dragons. They use their powers to resolve many magical conflicts, including those started by the evil Huntsclan. Additionally, the show is set in New York City, giving it an even cooler vibe.

It was a pretty popular show and even had a crossover episode with the Lilo and Stitch animated series. It’s also notable for a drastic change in art style between seasons one and two. It also has one of the most iconic theme songs in Disney television history!

When is it coming to Disney+?

However, the show was one of the most requested missing pieces of content on Disney+. It’s a victory for the fans of this classic Disney show. We can’t wait to get stuck into the series again and rewatch it all!

Are you excited for the return of American Dragon? Let us know in the comments below.