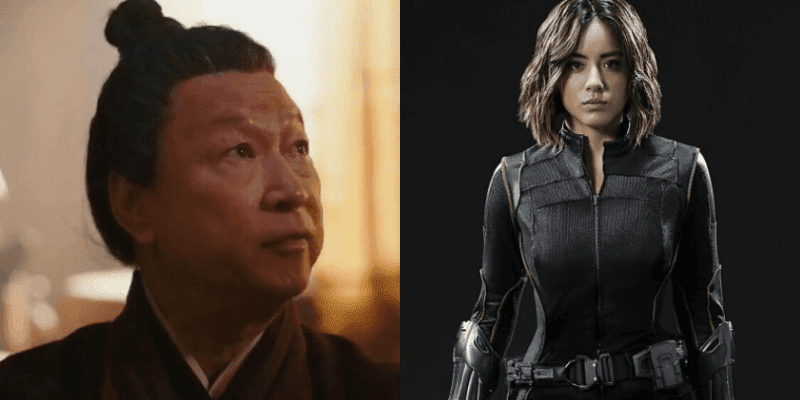 These are turbulent and uncertain times for the entire world. With the growing fears and panic worldwide surrounding the Coronavirus pandemic, there has also been a lot of negativity to follow with it. On the opposite side of that, there is also positivity and light that has come out of it. Mulan star Tzi Ma and other Asian-American Disney and Marvel stars have taken to social media to join the #WashtheHate campaign against racism.

In recent comments, some individuals have referred to the Coronavirus as the “Chinese virus.” This has sparked some racism and xenophobia towards the Asian community. In response to this, a few Asian American artists and influencers are taking to social media platforms like Twitter, Instagram, and Facebook to speak out on stories of the discrimination and hate that they may feel or others have experienced.
On March 18th, 2020, Marvel’s Agents of Shield star, Chloe Bennet, who plays Agent Daisy Johnson/”Quake”, posted on Instagram about the “Chinese virus” comment in a 5-page post where she shares her thoughts on it and how the public should be acting instead. She asks the people to, “Be nice and think again!” When she says think again, she refers to thinking twice about how someone would feel before you say something or act in a certain way. She also lists some other positive actions the world could be taking to help each other out!
On March 19th, 2020, Marvel’s Agents of Shield showrunner, Maurissa Tancharoen, also took to Instagram to speak out about the situation. Trying to bring some positivity to light, she says, “Asians around the world are experiencing racism in the wake of the Coronavirus, and hatred and violence are only encouraged when people in positions of power refer to it as the ‘Chinese Virus.’ Let’s call it what it is, a global pandemic, and let’s unify in support of our @phenomenal Asian community when others in leadership are unwilling to do so. Be kind, wash your hands, and stay strong.”

Tzi Ma, who plays Hua Zhou, Mulan’s father in the upcoming Mulan live action film, has most recently joined the #washthehate campaign on social media, in response to his own personal experience. As an Asian man, he explains why the joined the social media campaign. He speaks about his own experience in early February when an individual told him “he should be quarantined” when he was grocery shopping at Whole Foods in Pasadena, California.

Again, as another Asian American Disney star trying to spread some light and positivity. He posted a video on Twitter, stating, “We’re all scared; now we act out of our fears by wearing masks, hoarding supplies and sadly some of us lash out on Asian Americans as if Asian Americans were responsible for this virus just for being of Asian descent. Stop it. Acts of violence against Asian Americans will not stop the spread of this virus. So, the next time you wash your hands, wash out the hate that you might have for your fellow Americans.”

There are many other Disney stars who are making light of the current situation that we are all in.  The Rock is spreading awareness on the importance of washing your hands.  John Stamos inspires with his “It’s a Small World” post on Instagram.
It’s okay for us as the human race to have differences. No matter where we stand or what our beliefs are, we should always mind our manners! And take one out of the Disney story book and remember, “It’s a small world, after all.”

It’s a world of laughter. (Laughter is Disney.) A world of tears. (Tears for what is happening.) It’s a world of hopes. (Hopes that we’ll make it through.) And a world of fears. (Fear for the unknown future.) There’s so much that we share. That it’s time we’re aware. It’s a small world after all.

“There is just one moon and one golden sun. And a smile means friendship to ev’ryone. Though the mountains divide and the oceans are wide. It’s a small world after all.”