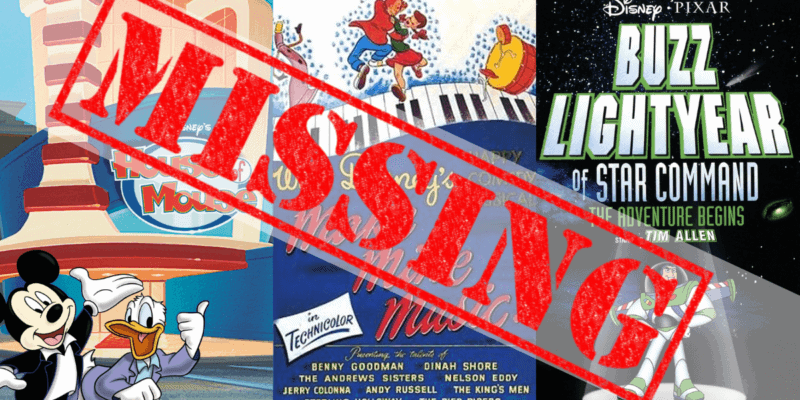 A new Disney+ petition is demanding that missing content be added to the streaming service.

The petition — which currently has over 1,500 signatures — is aimed at The Walt Disney Company, and it’s pretty extensive.

What does the petition want from Disney+?

Quite simply, the petition creator wants to see ALL of Disney movies, television series, and shorts that are currently missing from Disney+ made available on the streaming service.

These include some classics that people have been clamouring for access to on Disney+ since the streaming service launched last year, such as Make Mine Music.

However, it also includes more obscure movies and TV series, including some content that was popular on the Disney Channel back in the day. Such items include Aladdin: The Series, House of Mouse, and Buzz Lightyear of Star Command: The Adventure Begins.

Is the petition reasonable?

To be fair to Chris M, the creator of the petition, Disney+ has been consistently sold as a hub for all Disney content, with its exhaustive history as its greatest selling point. While there have been a few complaints about the service’s lack of original content, few can deny that having decades of Disney movies and TV shows at your disposal is a great thing. Having Baby Yoda and the full library of Disney and Pixar movies at your fingertips is really something! However, it is odd then, that so many historic properties are missing.

Some Disney fans may even consider it unfair to pay a monthly fee for what could be seen as an incomplete service.

Additionally, Chris mentions that they’re aware that some controversial films (like Song of the South) just won’t make it on, which is something we’ve discussed in detail before.

Whether or not you think Disney “owes it to you” to include every single work it’s ever made, there are certainly some missing movies and shows on this list that we hadn’t considered, that would definitely be cool to have access to. This Disney petition might not represent everyone, but there’s likely to be something on this list for everything!

You can view and sign the petition here, and below is a full list of everything Chris says is missing from Disney+:

What do you think about this Disney+ petition? Let us know in the comments below.