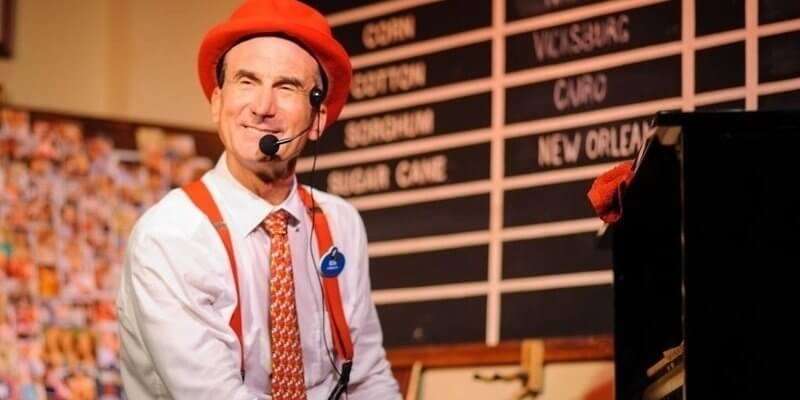 Bob Jackson, also known as ‘Yehaa Bob’, was a Disney World entertainment performer for 23 years. Guests could find him hollarin’ and having a rootin’ tootin’ time over at Disney’s Port Orleans Riverside almost every night as ‘Yehaa Bob’ played the piano, sang familiar tunes, and somehow managed to get every person up and out of their seats — creating memories that would last a lifetime.

Yesterday, the unfortunate news surfaced that The Walt Disney Company made the difficult decision to layoff over 28,000 Cast Members — including ‘Yehaa Bob’.

Bob Jackson took to his Facebook page almost immediately to share the news with his nearly 10,000 followers, writing:

And that’s how it ends, not with a bang but with a whimper. I’ve just learned my act will not be returning to Disney. I made so many friends over the last 23 years, it was a great time, we had a lot of laughs together. I’ll be continuing my Sunday shows for now. I’ll keep you posted, I’m still digesting all of this.

Not long after this was announced, a Change.org petition surfaced, asking Disney to re-hire ‘Yehaa Bob’ at Disney’s Port Orleans Riverside. The petition, as of 2:30 pm ET on Wednesday, September 30, has over 600 signatures, but it keeps gaining more by the second.

If you want to sign the petition to help save Bob Jackson, you can check out it by clicking here.

Bob performed at Disney’s Port Orleans Riverside for 23 years and always could get the entire bar and dining room full of people (who not to mention, didn’t know anything about each other) to come together and stomp their feet, shout like Tarzan (yes, chest pounding included), singing and dancing together, and just having a grand ol’ time.

I, myself, had the chance to see Bob in action for the very first time back in March prior to the temporary closures and let me tell you, it was one of the best nights of my life. Mr. Jackson reminds me so much of my grandfather (who had an inner child as well), knew exactly how to light up the room just by walking in and smiling, and has the most contagious laugh I have ever heard. From all of your fans and from all of us here at Inside the Magic — Bob, we want you to know, your hair looks GREAT!

For now, you can still catch Bob Jackson hosting live events on his Facebook on certain nights throughout the week. Be sure to give him a follow by clicking here.

Our hearts to go out to all of the Cast Members who received this unfortunate news of the layoffs.