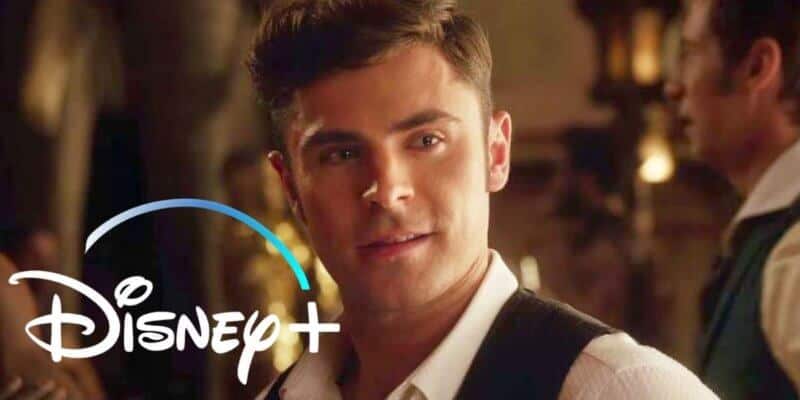 During Disney’s 2020 Investor’s Day event, which occurred on December 10, the company announced several upcoming series and films, both slated for streaming and theaters.

One of the exciting announcements that came from the event was that Zac Efron, best known in the Disney universe for his role as Troy Bolton in High School Musical, is going to be starring in a brand new Disney+ project.

If you were a fan of the 80’s film, Three Men and a Baby, get ready because Disney+ will release a new version of the film! The upcoming Disney+ project will be a modern take on the ’80s comedy and will star the one and only, Zac Efron. As of right now, we don’t have many other details to share, but Disney did take to Twitter to share the exciting news, saying:

Get ready for a modern take on the hilarious ’80s comedy Three Men and a Baby starring @ZacEfron! This is slated for a 2022 release on @DisneyPlus.

Inside the Magic will continue to update you as we get information regarding the upcoming project.

Get ready for a modern take on the hilarious '80s comedy Three Men and a Baby starring @ZacEfron! This is slated for a 2022 release on @DisneyPlus.

Both the original 80’s film, Three Men and A Baby, and the sequel Three Men and a Little Lady are available now on Disney+. If you are not yet signed up for Disney’s streaming service, you can get started by clicking here.

What Else is Zac Efron Up To?

Zac Efron is also reportedly in talks of portraying the one and only, Jack Sparrow in the upcoming rumored Pirates film. There was also talk Johnny Depp would return, but after Depp lost his libel lawsuit against Britain’s The Sun newspaper publisher, Walt Disney Studios has reportedly decided they now want nothing to do with the actor if the Pirates of the Caribbean movie does happen.

Are you excited to see Zac Efron star in the upcoming Disney+ project, Three Men and a Baby? Let us know in the comments below.