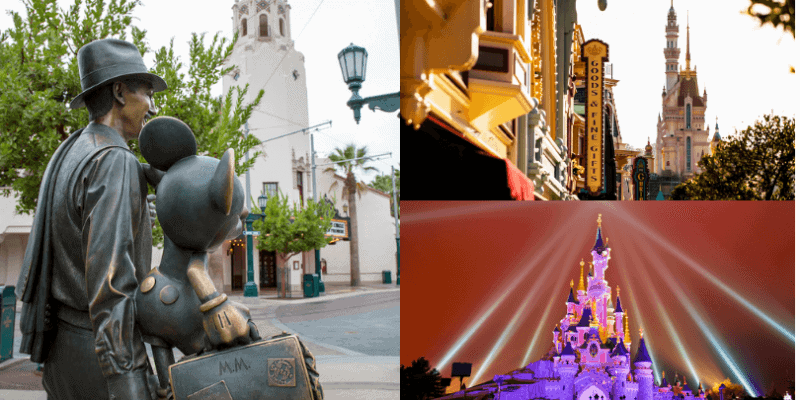 Meanwhile, the Disneyland Resort in Anaheim, California, continues its first and only temporary closure period of 2020. Since Disneyland Resort temporarily closed in mid-March, it is the only Disney Park in the world to have not reopened at least once during the pandemic. As Disney Parks in Europe and Asia re-close, one has to wonder what that means for the oldest park in the family.

It did not take much in the way of case numbers for Hong Kong Disneyland to repeatedly re-close after reopening its gates. The government, which has majority ownership of the resort, ordered the first reclosure only after a spike of 52 cases. That second closure lasted over 70 days. This current third closure comes after another spike of 115 daily cases. At the time of this article’s publication, a reopening date for Hong Kong Disneyland has not yet been announced, but we’ll update our website when information is released.

In France, it took a second wave of the virus spreading across Europe for President Emmanuel Macron to order a nation-wide shutdown. Disneyland Paris is expected to remain closed through New Year’s and is scheduled to reopen again on February 13, just in time for Valentine’s Day, though we will report back if anything changes.

In California, with a population of over 39 million residents, the numbers are far larger. The Orange County Register reports “California has had 1.2 million cases since the start of the pandemic, including 391,000 in Los Angeles County, 78,000 in Orange County and 81,000 in San Diego County.” Held to the same standards as France or Hong Kong, Disneyland would be nowhere close to reopening its gates.

But there is a divide in America. California Governor Gavin Newsom sides more with Executive Lam and President Macron, wanting to keep Disneyland closed until COVID-19 case numbers significantly decrease. But in Florida, Governor Ron DeSantis continues to express a determination to carry on and allow Walt Disney World Resort, which reopened its theme parks in mid-July, and the rest of the Sunshine State to remain open despite the ongoing spread of the virus (Florida, with a population of over 21 million residents, surpassed 1 million COVID-19 cases, CBS reports).

Disney officials have stated that the highest safety measures have been in place at the theme parks and not a single outbreak has been linked to Guests visiting Walt Disney World Resort. Still, we see the theme parks around the world re-close due to extra precautions taken by their respective governments.

Arguably, repeatedly re-closing a theme park after reopening amid a pandemic may cause more economic hardship, although not as much as keeping a theme park closed for nearly a year (and possibly longer). When it comes to Disneyland, locals have shared the lasting impacts that the resort’s closure has had on the economy. But still, as we have reported, CA Gov. Newsom has stated that his reopening plan will allow theme parks to close again after they reopen, should COVID-19 case numbers rise.

Disneyland Park and Disney California Adventure remain closed as mandated by the state, but there appears to be a hopeful determination to make sure that when they and the rest of the resort finally do reopen, they will never be closed again. The California Governor does not want to reopen Disneyland Resort and other California theme parks until COVID-19 cases significantly decrease. So many remain hopeful that, once Disneyland and DCA do reopen when the pandemic is lessened, we will not have to see them close again.

Do you think Disneyland should reopen? Do you think it is better to stay closed rather than reopen and then re-close? Let us know in the comments!

If you are thinking about planning your next Disney Resort vacation, our friends at Academy Travel are standing by ready to help! Click here to get started and to receive your free, no-obligation quote today!