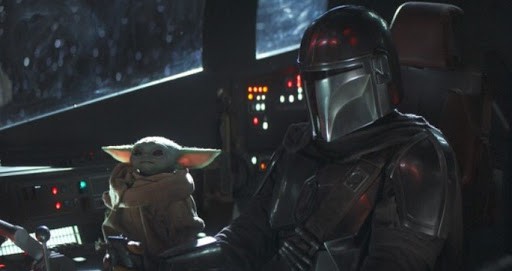 “I did know [before the episode],” Pascal told Entertainment Tonight. He admitted he discovered Baby Yoda’s real name “at the start of season 2, when I got the scripts for season 2.”

“For it to be as good as it is, they are well-prepared to start shooting. My favorite thing about it is how part of the creative process [I am],” Pascal said. “I’m invited to at least observe the experience and contribute whatever will occur to me. So [creator and showrunner] Jon Favreau and Dave Filoni, they get me the scripts before we get into shooting, so I know it all.”

But, Pascal, who plays our Mandalorian, Din Djarin — father-figure to Grogu in the show — found out well after Favreau had decided on the name and backstory.

“I had written it in the script from very early on, and we finally revealed it in the show,” Favreau recently told Good Morning America. “But of course, everybody knows Grogu as ‘Baby Yoda.’ Which, by the way, is fine with all of us.”

Despite a push by many who insisted on calling him “The Child,” “Baby Yoda” was the nickname that stuck for Grogu to fill the void throughout The Mandalorian Season 1 (and much of Season 2). Even Favreau and Iger have taken to calling him “Baby Yoda.” But, the character himself seems to make it clear that he prefers to be called by his real name.

“We still call him Baby Yoda too,” Favreau explained. “But he prefers to be called ‘Grogu,’ if you notice in the show. He perks up a lot when you say his name.”

Just a few days ago in the Season 2 Mandalorian finale episode — “Chapter 16: The Rescue” — fans watched as Djarin was able to rescue Grogu from the clutches of Moff Gideon (Giancarlo Esposito), with the help of Bo-Katan (Katee Sackhoff), Cara Dune (Gina Carano), Fennec Shand (Ming-Na Wen), and Boba Fett (Temuera Morrison) and then left with Luke Skywalker (Mark Hamill) and R2-D2 to be trained in the ways of the Jedi.

Season 3 of Disney+’s hit Star Wars series is not on Disney’s 2021 release schedule and details about the next season have not yet been released. At this time, since the foundling left to complete his Jedi training with Luke Skywalker (CGI Mark Hamill), we do not know how much Baby Yo…er Grogu…we will see moving forward.

There is, of course, also the potential for Grogu — with or without Luke Skywalker — to appear in one of the recently announced Mandalorian spinoffs.

Two shows, Rangers of the New Republic and Ahsoka, have not been given official release dates, but The Book of Boba Fett — featuring Temuera Morrison reprising the title role — will debut in December 2021.

Are you surprised that Pedro Pascal did not learn Grogu’s real name until Season 2? Why or why not? Let us know in the comments!