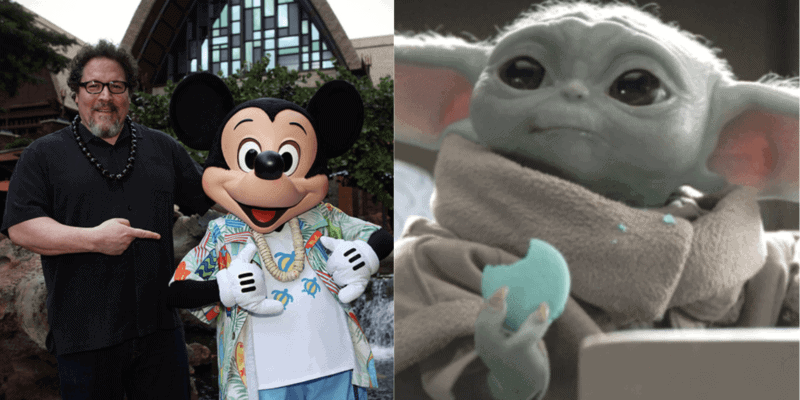 If there has been one unexpected star of The Mandalorian this season, it’s Baby Yoda’s (AKA The Child AKA Grogu) blue macarons from Season 2, Episode 4 – Chapter 12: The Siege.

The Child uses his Force powers to — adorably — steal the macarons from a school-aged child on Nevarro when he is left in the care of a droid who is serving as Nevarro City’s new schoolteacher.

The snack has become so popular that Williams-Sonoma even began offering a version of the Star Wars treat for purchase.

Now, The Mandalorian creator and showrunner Jon Favreau has shared details about how the instantly-iconic macarons came to be. ComicBook.com reports:

“Josh, our prop master, came to us and was asking. ‘What do these cookies look like?’ If you look at the very end of the episode, under the credits, we like to include a lot of production art,” Favreau revealed. “So you can see the first look at what we thought it might look like. We wanted it to be blue, because it was like blue milk. And the prop master ended up baking macarons for it. But not a full macaron, not the sandwich, just like one half of the sandwich.”

Favreau also apologized for the cost of the cookies — Williams-Sonoma is charging $50 for a dozen! He noted:

“It didn’t really have much flavor. It was kind of a blue raspberry a little bit, but again, because it’s on a film set, you’re not worried so much about the taste. It’s about the look. What I also found out now that everybody loves – especially, kids love to nerd out on the stuff in the show – that little kids might want to eat macarons, because it’s what Baby Yoda is eating. I later realized that macarons, when you buy them, could be several dollars each. So it’s an expensive thing.”

Now, we just have to wait for next year to find out what adventures Grogu, Din Djarin (Pedro Pascal), and the rest of the gang get up to in Season 3, which is slated to film in early 2021.

If you are interested in trying your hand at making macarons yourself, the Bellyfull website offers a copycat recipe.

Comments Off on Baby Yoda’s Macarons Cost HOW Much? Jon Favreau Talks Details