When Will Ahsoka Tano Appear in 'The Mandalorian'? - Inside the Magic 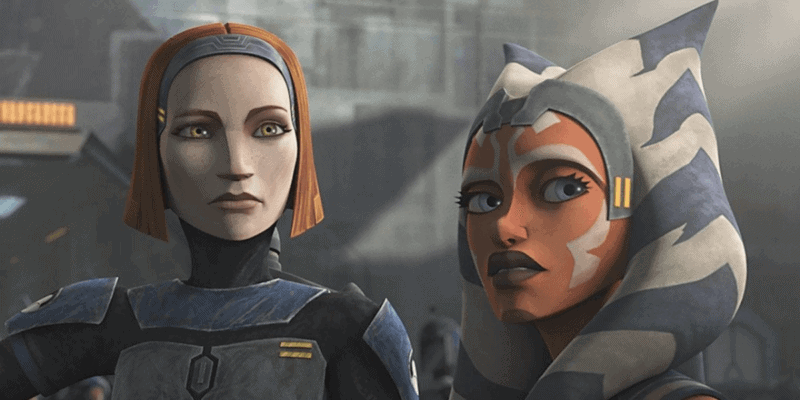 Fans of Star Wars: The Mandalorian on Disney+ are getting eager to see one of their favorite Jedi make an appearance in the series. After Din Djarin (Pedro Pascal)and The Child met Bo-Katan Kryze (Katee Sackhoff) and helped steal an Empire Cruiser in Chapter 11: The Heiress, Bo-Katan reveals the location of the last known Jedi: Ahsoka Tano.

The overarching plot of season two of The Mandalorian is Din Djarin finding Mandalorians to complete his quest to return The Child to his homeworld — whatever that happens to be. Din’s fellow Mandalorians can reveal the location of a Jedi that can aid him in his journey of returning The Child to his kin and learning more about Baby Yoda’s powers.

Now that he has found Bo-Katan and her crew, effectively completing half of his mission, Djarin now needs to travel to the city of Calodan on the forest planet of Corvus. Bo-Kate informs the Mandalorian that Ashoka Tano is hiding on that planet, much like Obi-Wan Kenobi did on Tattooine.

While danger has become relatively commonplace for the Mandalorian and The Child so far, it seems that the threat is only growing. The Razor Crest received a poor patch-job repair on the planet of Mon Cala (after the ice and Knobby Spiders destroyed much of the ship) and is barely running. The Child still has numerous bounty hunters on his tail — and who knows what monster is waiting for Mando?

The next chapter of The Mandalorian, Chapter 12, will most likely be a “filler” episode of traveling, similar to Chapter 10 (Season 2, Episode 2). However, there will be an underlying story arch beginning of finding Ashoka, so Chapter 12 will hopefully feature a repaired Razor Crest. It could also be used to introduce another antagonist into the storyline.

When Will We See Ashoka?

Ashoka Tano will hopefully make her live-action debut in episode five, Chapter 13, in The Mandalorian season two. While no one knows much about what goes on behind-the-scenes in showrunners’ Jon Favreau and Dave Filoni’s beautiful series, it wouldn’t make much sense to drag out Ashoka’s appearance much longer.

Related: Why Disney+ Could Make a Standalone Ahsoka Tano Series

On top of that, Star Wars: The Clone Wars Writer/Executive Producer  Filoni is billed as the writer for episode five of the sophomore season.  Favreau is the head writer for The Mandalorian, so having a solo Dave Filoni take over the pen for an episode isn’t an everyday occurrence.

It wouldn’t make sense for Ashoka Tano to be left out of Dave Filoni’s episode, as she is his Starchild in The Clone Wars. It serves to reason that no other The Mandalorian writers would be able to create a better Ahsoka episode than Filoni.

So, Chapter 13 should show Star Wars fans what they’ve been waiting for over the last few months. Hopefully, new and old fans will enjoy Tano’s live-adaptation, despite no confirmation that original voice actress Ashley Eckstein will provide voiceover work for the series.

When we do see Ashoka, her part may not be as big as many fans have hoped. While Anakin Skywalker’s Padawan will play a critical role in The Mandalorian, she probably won’t appear as frequently as Cara Dune. Instead of coming out of hiding to aide the Mandalorian in his hunt for The Child’s family or even taking The Child into her care, she will most likely guide them in the best direction and offer wisdom to the weary warrior.

When do you think Ashoka will be in ”The Mandalorian”? Let us know in the comments below!

Comments Off on When Will Ahsoka Tano Appear in ‘The Mandalorian’?