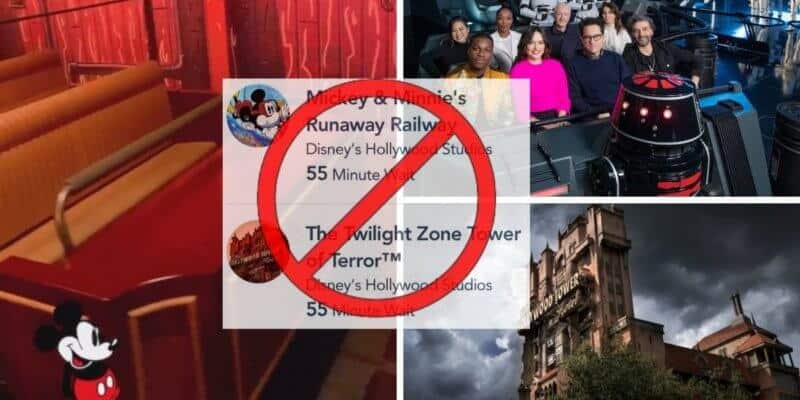 When Walt Disney World reopened to Guests back in July, they had to implement several health protocols in order to keep Guests and Cast Members safe within the parks. From increased hand sanitizing stations to contactless payment methods to social distancing markers, Disney is ensuring everyone remains safe during this unprecedented time.

One protocol Disney also implemented was the installation of plexiglass on several different attractions and in queue areas, including on the Jungle Cruise boats and on the Kilimanjaro Safari vehicles as well as in the Flight of Passage, Expedition Everest, Seven Dwarfs Mine Train and Peter Pan’s Flight queue areas, and more. By doing so, this allows Disney to load multiple parties per attraction vehicle, cutting down wait times.

More recently Disney has installed plexiglass onto other attraction vehicles including Tower of Terror, Mickey and Minnie’s Runaway Railway, and Rise of the Resistance — All extremely popular. attractions located at Disney’s Hollywood Studios.

Initially, Tower of Terror did not have any plexiglass installed within its elevators but come October, the park slowly implemented dividers allowing Disney to load Guests on both the left and right sides as well as in both the very back row and the front row, allowing for social distancing to still be in place.

According to Walt Disney World Wait Times on Twitter, on October 17th and October 19th, the average wait time for Tower of Terror sat at approximately 51 and 75 minutes.

Of course, you have to take into consideration the day of the week as well — Weekends tend to be busier than weekdays at the parks so that could be why some days have higher wait times than other days, despite having plexiglass installed. However, when we even compare a weekend to a weekend, you can see that Tower of Terror is still at a lower average wait time after the plexiglass was installed compared to prior.

When Disney’s Hollywood Studios reopened to the public, they did not have plexiglass on several attractions, including the ever-popular, recently debuted, Mickey and Minnie’s Runaway Railway. However, just last week, our senior editor was able to ride the front row of Mickey and Minnie’s Runaway Railway last week, with the plexiglass divider, which you can see in the video below.

During this visit, Inside the Magic can confirm that Disney was still only loading one party per car, despite having plexiglass dividers in place.

Now, Disney is loading multiple parties per vehicle with the plexiglass, allowing the park to bring more people on the ride at a time while still practicing safe and social distances between Guests not traveling together. Inside the Magic is inside the park to confirm this, which you can see in the photo below.

As you can imagine, this also cuts down the wait times tremendously as Disney is now loading way more people at a time. According to Walt Disney World Wait Times on Twitter, the doubled capacity for Mickey and Minnie’s Runaway Railway allows for the wait time to be cut down nearly in half.

Rise of the Resistance

However, in order to try and give out more boarding groups to Guests visiting Disney’s Hollywood Studios, and to quickly increase the daily capacity of the ride, Disney announced they have added Plexiglass to the ride vehicles to allow for more than one party to ride at once. Inside the Magic was visiting the theme park last week and we can confirm that this is now true.

According to Thrill Data, you can clearly see how the max number of boarding groups called per day has steadily increased, thanks to the newly installed plexiglass on ride vehicles. For example, back in August, the max group called didn’t even hit 100, however, in November you can see the max group called is steadily over 100 every day.

What do you think of the newly installed plexiglass? Should Disney install more on different attractions (where applicable) in order to help with wait times? Let us know in the comments below.