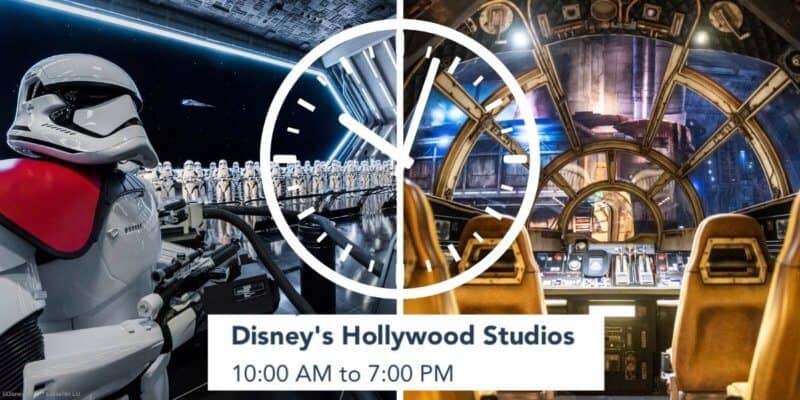 Last week, I visited the Walt Disney World Resort on vacation with my fiance. On the second day of our trip, we woke up prior to 7 am to try and snag a boarding group for the ever-popular attraction, Star Wars: Rise of the Resistance.

In case you missed it, Disney changed the way Rise of the Resistance hands out boarding groups, which you can read more about here.

We got extremely lucky and were placed into boarding group 2, which meant we had to get up and get ready so we could be at the park for its opening at 10 am.

Once we arrived at Disney’s Hollywood Studios at around 9:15 am, Disney began allowing people through temperature check, security, and into the park. We walked around the front for a few minutes, taking in all of the holiday decorations, and then decided to head over to Galaxy’s Edge to take some photos before our boarding group was called.

At 9:30 am — still technically 30 minutes before the park officially “opened” — we walked into Star Wars: Galaxy’s Edge and over to Millenium Falcon: Smugglers Run, where we saw people getting in line. Initially, we thought Guests were just lining up so they were already in the queue prior to 10 am, but when I asked a Cast Member, they said the attraction was already up and running! We hopped in line and we ended up riding the attraction and walking off by 9:45 am — again, prior to the park’s official opening time.

My fiance and I rode not just one but both attractions inside Galaxy’s Edge prior to the park officially opening at 10 am! At this time, Disney has not released any sort of statement regarding the early openings of these attractions, nor do we know if this is a permanent thing or if this is just a test to try and manage crowds at Disney’s Hollywood Studios, but Inside the Magic will continue to update you as we get information. It seems to us that this is a great way to alleviate morning crowds and allow as many Guests to experience these attractions as possible.

If you want to visit Galaxy’s Edge on your next Disney vacation, but aren’t sure where to begin planning, don’t hesitate to reach out to our friends over at Academy Travel. Start planning today!

Have you experienced either Millenium Falcon: Smugglers Run or Star Wars: Rise of the Resistance? Let us know in the comments below.