Which Ice Planet Was in 'The Mandalorian' Chapter 10? - Inside the Magic 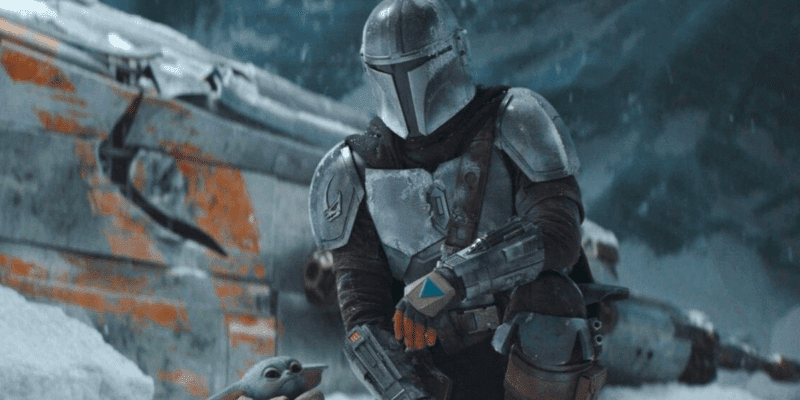 (Warning: This article does contain spoilers about the events of The Mandalorian Season 2)

Star Wars: The Mandalorian Season 2 is off to a running start and has crashed-landed on an ice planet, literally! In Chapter 10: The Passenger, Star Wars fans see Din Djarin (Pedro Pascal) and The Child (AKA “Baby Yoda”) crash into a frozen ravine in a mysterious, deserted, and unknown ice planet.

After recovering Mandalorian armor — Boba Fett’s armor, in fact — on Tatooine from Marshal Cobb Vanth, Mando and Baby Yoda take on a “Frog Lady” passenger to transport her and her unfertilized eggs to her husband. In return, Din Djarin receives the whereabouts of a real Mandalorian that can aid him in his journey to find The Child’s kin and gain access to the Mandalorian’s resources once more (remember the “purge” — not to be confused with the Great Purge — of Mandalorians at the end of Season 1).

As part the conditions of transporting the Frog Lady and her unfertilized eggs, Mando cannot use hyperdrive. The eggs must be fertilized by the equinox and traveling in hyperdrive will destroy the eggs — there are, as you can tell, a number of rules regarding this mission. Forced to travel sub-light, the Mandalorian encounters two New Republic X-Wing Fighters (another Dave Filoni cameo!). After sending a “ping” to the X-Wing pilots, the fighters question the bounty hunter’s whereabouts and force him to skedaddle to a nearby ice planet. Upon escaping from the X-Wings in a wild chase through the frozen canyons, the Razor Crest crashes through a layer of ice and into a cold pit.

The ice planet was teased in a trailer for The Mandalorian season 2 trailer and many Star Wars fans went on to create theories that the planet was Ilum, the future Starkiller Base in Star Wars VII – The Force Awakens. The Mandalorian takes place five years after the fall of the Empire in Star Wars VI  – Return of the Jedi and the First Order is slowly growing in the shadows. Since The Mandalorian takes place between episodes VI and VIII of Star Wars,  the First Order would, presumably, soon capture the ice planet of Ilum and build their Starkiller Base weapon. Ilum is also connected to the Jedi, as kyber crystals were abundant throughout this world. Many fans thought Din Djarin would take Baby Yoda there to connect The Child’s past to their present.

However, a tiny detail in the Razor Crest upon the ship’s arrival on this planet shows that it isn’t Ilum after all. Upon the dash of the Mandalorian’s Razor Crest, an onboard computer screen displays the title of the planet in Aurbesh (the official Star Wars language). Thanks to a fan on Reddit, the title was translated, and Maldo Kreis was given the location.

While it’s uncertain where the Mandalorian and The Child will travel next to deliver the “Frog Lady” with her eggs, it’s unlikely that the band will return to Maldo Kreis. There are enormous creatures on the planet’s surface, and a massive Knobby Spider nearly destroyed the Razor Crest. Hopefully, we’ll see some more Mandalorians in the next episode of Star Wars: The Mandalorian.

Did you know that the planet was Maldo Kreis? Let us know in the comments below!

Comments Off on Which Ice Planet Was in ‘The Mandalorian’ Chapter 10?