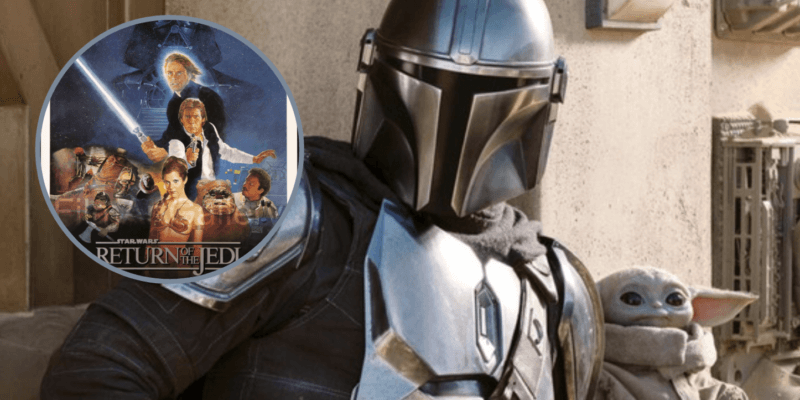 The Mandalorian Season 2 started with a bang — literally — *Spoiler* when Din Djarin (Pedro Pascal) and series newcomer Sheriff Cobb Vanth (Timothy Olyphant) used a bomb detonator to do away with a pesky Krayt dragon that could have easily wiped-out Vanth’s Tatooine village.

Vanth isn’t the only new — or new to live-action — character set to appear in the sophomore season of the hit Disney+ Star Wars series. The Clone Wars Ahsoka Tano (Rosario Dawson) and Star Wars Rebels Bo-Katan Kryze (Katee Sackhoff) have both been confirmed and rumors abound that Captain Rex will also show-up sometime this year.

Now, MovieWeb has reported that another surprise character might show up this season — and it’s someone Star Wars movie fans will be excited about. As per their article:

The leaked synopsis reads: “The Mandalorian must ferry a passenger with precious cargo on a risky journey,” which has also not been confirmed, though it has been teased in the promotional material where the Child and Mando are seen on a cargo boat.

It is believed that the Mon Calamari will be introduced in The Mandalorian season 2, episode 2, with a possible introduction of Admiral Ackbar. The character famously did not make it out of The Last Jedi alive and Star Wars fans were not happy about that at all. However, it’s beginning to look like the planet shown in the promotional material could be Karnac, which is a water planet that was brought up in season 1.

Related: This is the Way! NEW ‘Mandalorian’ Themed Build-A-Bear!

Ackbar first appeared in Star Wars: Episode VI – Return of the Jedi (1983), over 30 years prior to his last film appearance. The Mandalorian takes place approximately five years after Return of the Jedi, so it is certainly plausible for the Mon Calamari Fleet Admiral to make an appearance.
It is important to note that neither Lucasfilm nor Disney+ have confirmed that Admiral Ackbar will be in Season 2 of The Mandalorian.
Do you think Admiral Ackbar will show up in tomorrow’s episode of The Mandalorian?

Comments Off on Which Major ‘Star Wars’ Character Might Show Up in ‘The Mandalorian’?