This is the Way! NEW 'Mandalorian' Themed Build-A-Bear! - Inside the Magic 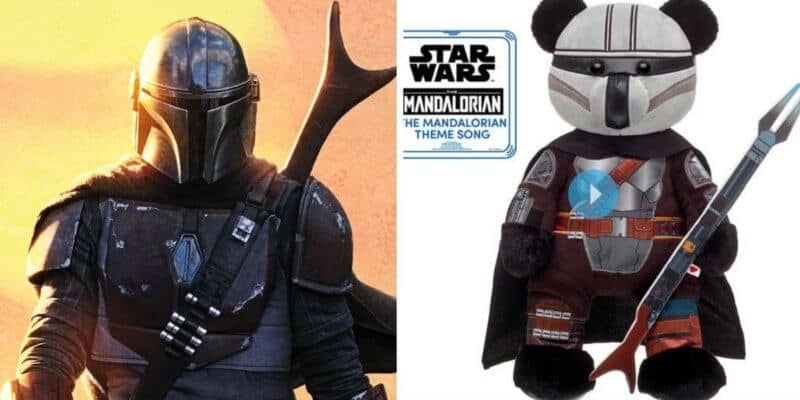 Disney and Build-A-Bear are known for teaming up to bring kids several adorable themed plushes, including Scar from The Lion King, Zero and Oogie Boogie from Nightmare Before Christmas, Winnie the Pooh, Stitch, and even Baby Yoda!

This new Star Wars themed Build-A-Bear comes in a bundle, which includes both the adorable Mandalorian bear plush along with The Mandalorian theme song. It is important to keep in mind that this Build-A-Bear is an online exclusive, so you won’t be able to find this Star Wars plush in any stores.

The official description on Build-A-Bear reads:

Bring home a bounty of hugs with The Mandalorian™ bear! Every fan in the galaxy will want to track down this one-of-a-kind teddy bear. Along with its plush weapon wristie, this bounty hunting bear has a masked face and a built-in bodysuit of armor and an equipment belt. Both the Star Wars™ logo and Mandalorian symbol are featured on the paw pads. Press this bear’s paw before you embark on your adventure—it includes a sound chip featuring the theme song from the hit series!

If you want to purchase the entire The Mandalorian bundle, click here.

The Disney+ original series, The Mandalorian, debuted on Disney+ last November in the United States and completely took the country by storm. Everyone instantly fell in love with the storyline, the characters, and of course, Baby Yoda.

Season two just recently made its debut and viewers were completely blown away. For more information regarding season two, visit our website here.

And if you aren’t yet signed up for Disney+, you can get started here.

Will you be purchasing the new The Mandalorian Build-A-Bear plush? Let us know in the comments below.

Comments Off on This is the Way! NEW ‘Mandalorian’ Themed Build-A-Bear!