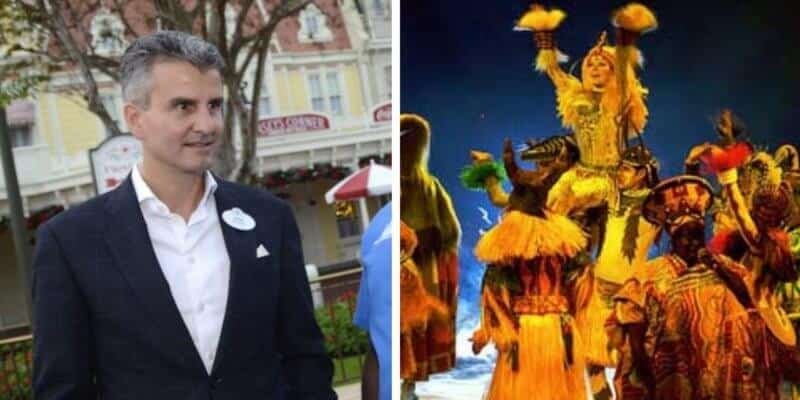 2020 brought a lot of layoffs to the Walt Disney Company — 28,000 to be exact. Each Cast Member lost is an incredible tragedy for Disney Guests, especially those in entertainment who performed the shows, skits, and parades that keep Disney World and Disneyland magical. And now, Disney has finally commented the cries from Guests.

When we heard that all Cast Members from Festival of the Lion King at Disney’s Animal Kingdom to Monsters Inc. Laugh Floor at Magic Kingdom were leaving Disney World, heartbreak quickly sank in — and that’s not even talking about the West Coast losses, such as Frozen Live at the Hyperion Theatre at Disney California Adventure. Anyone who has visited a Disney Park knows that the entertainment levels are always top notch, with many shows that rival broadway level talent and set design, so to see all of that detailed magic leave Disney makes it harder to justify why someone would pay thousands to vacation there.

Guests were not happy about this loss, and Disney Parks Chairman Josh D’Amaro has now left us with a glimmer of hope. The Orlando Sentinel quoted Josh from the 2020 IAAPA conference where he stated, “We’ve heard from many of our Guests that they’re looking forward to us bringing back some of the entertainment that we recently had to discontinue. And we plan to do that.”

So, we have an ambiguous, yet official, answer. It seems that Disney is on the same page with the rest of us in recognizing that entertainment must return to Disney, specifically Disney World.

Disneyland is currently closed and may be for awhile with Orange Country moving back into the purple tier as of November 16. It is, therefore, unlikely that any shows or other entertainment will return to the West Coast anytime in the near future.

However, the words D’Amaro chose were very specific. He mentioned that they need to bring back “some” of the entertainment, and that they plan to do that, but he gives no inkling of a timeline. Plus, by denoting “some”, this means that it could be very few entertainment options that initially come back to the parks, whenever Disney decides to do so.

At the moment, we can only wait and see if and when Disney decides to reinstate their entertainment Cast Members. Stay tuned to ITM to get all the latest news updates for all things entertainment.

Do you think Disney is still magical without entertainment?