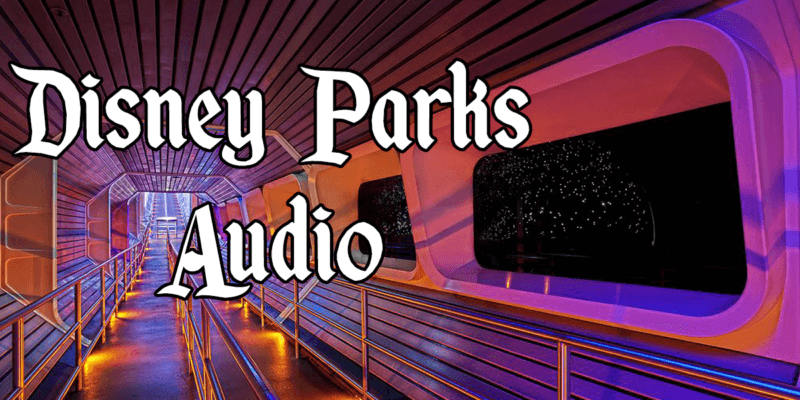 Every fan of Disney Parks worldwide can name their favorite attraction, character, and go-to snack without even thinking. However, you move into the holy, sacred ground when asking what audio loop is a fan favorite.

We all have a favorite soundtrack from a Disney Parks attraction, such as Pirates of the Caribbean or The Haunted Mansion. And some dedicated fans have a favorite “area loop”- Frontierland, Adventureland, Fantasyland, etc.

We can’t forget what queue line has the best music (Pirates of the Caribbean, duh!). And there’s always somebody in the back corner of the room that has a favorite “unknown” audio loop, like Toontown W.A.C.K.Y. Radio or Matterhorn Mountain’s unheard loop.

Folks turn on four-hour Disneyland music mixes while at work, at home, or even at school. Disney fans love audio from their favorite Disney theme parks! What’s not to love?!

Related: How Disney Almost Launched the Haunted Mansion at Sea

Get out of your head and listen to the Jungle Cruise queue music or pump that jazzy New Orleans Square music to put a smile on your face.

In 2020 alone, popularity in Disney Parks audio has risen to all new heights with websites dedicated solely to Disneyland music made for fans with the Disney blues.

There are YouTube accounts we Disney fans look at like legends, such as MrThemeParkAudio, DLR Sounds, Disney Theme Park Audio, SuperHotLarry, and Disney Avenue.

When you’re in a funk or just got some bad news, you turn on the Space Mountain soundtrack and travel back to Walt Disney World when life was easy, and there wasn’t a care in the world. One of the most vital senses in the human body is sound.

I bet that when you hear the Main Street USA music loop, you’re taken back to hot, busy summers with family and friends in Walt Disney’s magic kingdom. You remember old jokes from your cousins, that tacky Donald Duck shirt your dad insisted on wearing, and what snacks you were itching to have. Life is just more comfortable when listening to Disney Parks audio.

Maybe you need encouragement? Put on the soundtrack from Indiana Jones: Temple of the Forbidden Eye or When You Wish Upon a Star from Disneyland’s Esplanade. Let those good memories flood into your mind and get that boost of endurance to keep on going!

Disney fans never put on contemporary music when on road trips. No, no siree, we put on the official Walt Disney World soundtrack downloaded on our phones. Move over Taylor Swift and Drake, it’s time for The Tiki, Tiki, Tiki Room.

One really can’t explain what exactly makes Disney Parks audio excellent, but it’s just fantastic. Perhaps it’s because of memories, or maybe memories you’re planning on making in a few weeks. Whatever the reason, we all love the music loops from lands, bathrooms, restaurants, shops, and attractions at Disney Parks worldwide.

What Disney Park music loop is your favorite? Let us know in the comments below!