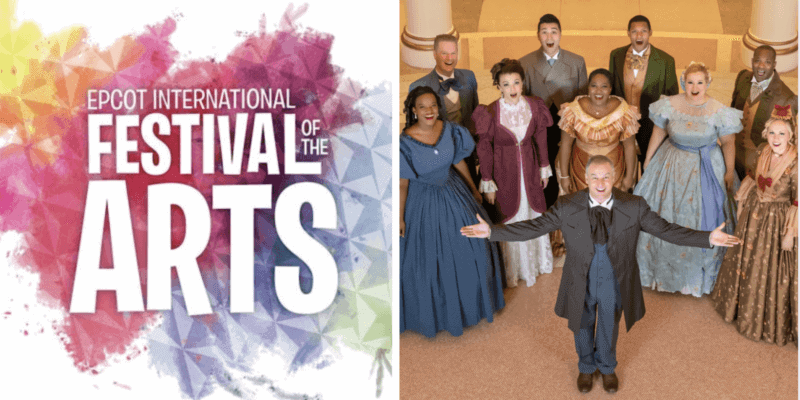 Voices of Liberty, the popular singing group from The American Adventure Pavilion at EPCOT’s World Showcase, will be making their return at the 2021 Taste of EPCOT International Festival of the Arts!

Related: EPCOT International Festival of the Arts is Still On – Dates Announced!

This EPCOT festival — much like the 2020 Taste of EPCOT International Food & Wine Festival — will be a scaled-down version of the annual event. Walt Disney World Resort is still progressing through its phased reopening process, which means that numerous health and safety protocols, including mandatory face masks and social distancing procedures, are still in effect.

Due to this, instead of singing in the American Adventure Pavilion’s rotunda like they normally do, Voices of Liberty will be performing onstage at EPCOT. According to Disney’s official details:

The Voices of Liberty will take to the stage at America Gardens Theatre with a brand-new showcase — the Disney Songbook — performing a variety of favorite Disney songs and celebrating the artistry of Disney composers and lyricists.

While Voices of Liberty will not be performing their standard Americana songs during this year’s Festival of the Arts event — which runs from January 8 through February 22, 2021 — fans will still be thrilled by this news that the performers will be back at Disney World soon.

The official description of the Disney a cappella singing group reads:

Step into the hallowed halls of The American Adventure Pavilion for an inspiring choral performance.

Costumed in period finery from the 1800s, the Voices of Liberty performs in the rotunda throughout the day. Their melodies delight while the rotunda’s acoustically perfect dome amplifies and purifies their sound—you won’t believe your ears!

Let your spirits soar during the 15-minute performance of timeless classics.

Click here to book a trip to EPCOT to see Voices of Liberty perform in person!