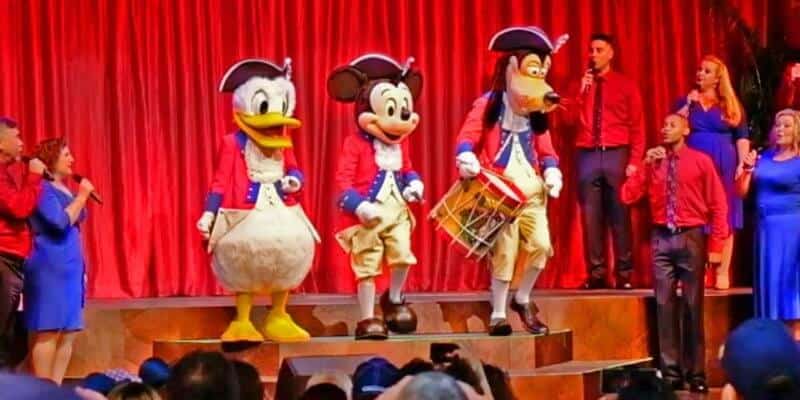 The talented singers of Voices of Liberty celebrated the Fourth of July with a special concert at Walt Disney World.

The a capella singers, who normally perform in 1800s costumes at Epcot’s The American Adventure, took the stage wearing patriotic red and blue attire. They were joined by special guests Mickey Mouse, Donald Duck, and Goofy, who helped tell the story of how Francis Scott Key was inspired to write a poem that later became our “Star-Spangled Banner.”

Each year, Walt Disney World celebrates the Fourth of July with patriotic entertainment and fireworks. To learn more about how Disney spent Independence Day this year, take a look at our guide here.

Comments Off on VIDEO: Voices of Liberty celebrate Fourth of July with Walt Disney World concert featuring Mickey and friends