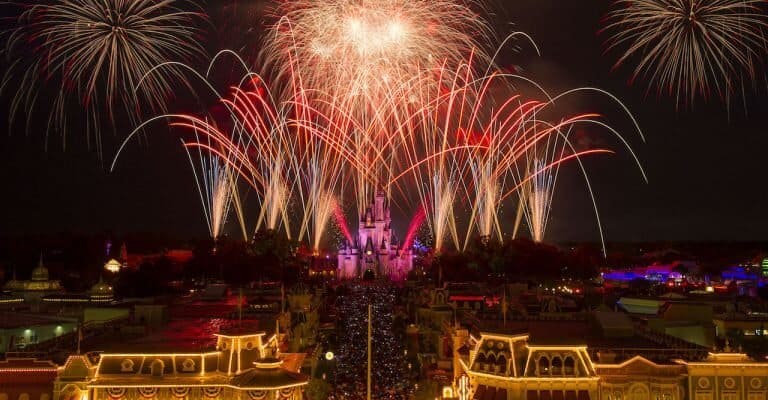 It’s the most patriotic time of year once again, as we approach the annual Independence Day holiday at the beginning of next month. And what better place to celebrate the Fourth of July than at that great American institution Walt Disney World?

Between U.S.A.-themed concerts and shows at Epcot, special fireworks and dance parties at Magic Kingdom, and of course the chance to spot Mickey Mouse and friends decked out in their most nationalistic attire, the Walt Disney World theme parks sure know how to pay tribute to America in the happiest way possible!

WATCH 4TH OF JULY FIREWORKS FROM 2016 AT MAGIC KINGDOM:


We’re not quite sure why Disney chose to highlight a “Star Wars” show among its Independence Day festivities, but “A Galactic Spectacular” sure does include some cool pyrotechnic effects, and– like Walt Disney World itself– “Star Wars” was born right here in the good old US of A.