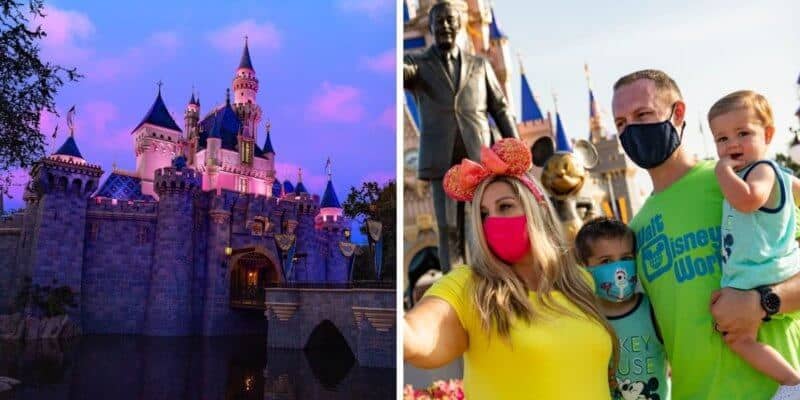 During this morning’s IAAPA Expo virtual conference, Disney Parks, Experiences and Products Chairman Josh D’Amaro gave a keynote presentation and offered some updates to Disney Parks as a whole.

Speaking from inside the closed Disneyland Park, the Disney Parks Chairman discussed various topics including upcoming construction projects, the current tourism industry, and how Disney Parks are continuing to adapt.

“Our industry is hurting. It’s hurting from the presence of COVID-19 in our communities. But unlike some industries impacted by the pandemic, our industry is here to stay and it’s here to grow,” Josh D’Amaro said.

It’s no secret that like many other industries, Disney was hurt by the pandemic as they had to not only shut down the parks temporarily, pause construction projects, and change movie release dates, but they also had to, unfortunately, layoff nearly 30,000 Cast Members and change operations in several different areas.

“In our industry, it’s more important than ever we reached out both for help and for support to others in the travel and tourism business,” D’Amaro said during the IAAPA virtual conference. “That included airlines, hotel companies, and others who have been outstanding partners with us throughout the years. These businesses were hurting just as bad as we were and it’s going to take teamwork throughout our whole industry to recover. The good news is now more than ever people need shared experiences. They need adventure. They need travel.”

So how did Disney adapt? Well, as we mentioned, they not only implemented limited capacity, social distancing measures, and several safety protocols at Disney Parks upon reopening, but they also made the decision to release certain movies to streaming instead of in theaters.

One campaign in particular that made its debut while the parks were temporarily closed is the new #DisneyMagicMoments campaign, which, as D’Amaro explained, brought the excitement of visiting a Disney park right into the homes of families all around the world.

D’Amaro concluded his speech with an inspiring quote:

“In the world that we find ourselves in today, optimism, innovation, and courage, they will ultimately win the day. With the emboldened spirit that comes from the challenges of the COVID crisis, with the hope and optimism that our brand captures even in the toughest of times, let’s ask ourselves why not take our guests to the moon or bring the moon to our guests? Why not dream as big as possible? And challenge the very meaning of the word impossible.”

Comments Off on D’Amaro Discusses Tourism, How Disney Parks Adapt