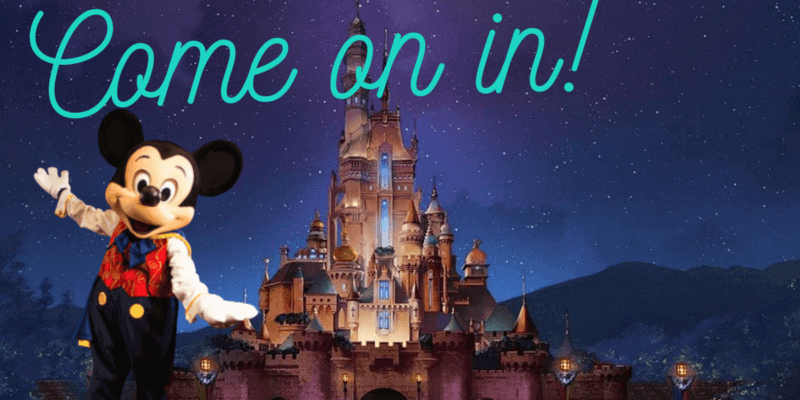 It’s finally here! Hong Kong Disneyland will no longer feature an imitation of Disneyland Resort’s Sleeping Beauty Castle. Now, the resort has its own centerpiece castle, which you can now see for yourself in this amazing Castle of Magical Dreams tour!

The new castle is really something special, and it’s unlike anything we’ve ever seen before!

It’s every Disney fan’s dream; a chance to look inside a brand new theme park castle for the very first time. Let’s take a look at this fantastic reimagined castle up close.

New Castle of Magical Dreams is a Triumph

It’s been three years in the making, but now we can finally see the new castle in action. It was initially announced as a part of Hong Kong Disneyland’s rapid expansion plan, but (as with everything), the global pandemic put the breaks on the project.

Thankfully, we can now see the Castle of Magical Dreams in action and operational, thanks to the good folks at HKDL Fantasy. They’ve uploaded a superb video that gives us an in-depth walking tour around the castle, and it is really something! Let’s take a look.

Tokyo Disneyland and the Magic Kingdom have Cinderella castle. Disneyland and Disneyland Paris have Sleeping Beauty castle. And Shanghai Disneyland has Enchanted Storybook Castle. No theme park around the globe has anything like Hong Kong Disneyland’s Castle of Magical Dreams!

The park formerly boasted a replica of Disneyland’s Sleeping Beauty Castle. Now, however, it’s been given a multi-colored makeover, and the result is stunning. Additionally, the Castle of Magical Dreams is unique in that it isn’t the castle of one Disney princess in particular.

Comments Off on VIDEO: Full Tour Of HK’s Castle of Magical Dreams!